Nature is nature. It has a sign that we can’t read but we must understand that hunger can really bring the beast out of any living being. Even humans are not spared when time comes they can eat plainly anything. Here we are showing you nature is brutal pics that depict animals eat other animals. You will see fox catching two mice and rabbit and then getting pawed down by an eagle. Croc catches fish and then some more powerful seal eats the croc. All these things are inborn in the nature of living beings.

Mr Po-yu, a 28-year-old vet at a zoo in Taiwan, had the arm severed at the elbow as he tried to treat the fearsome 31-stone, 18ft creature.

#2 As he reached through iron railings, the 17-year-old Nile crocodile lunged and snapped off his arm at the elbow.

#4 Leopard turns tables on his tormentors by eating them

The image was taken by an Amanda Hayes on Inner Farne, Northumberland.

The picture was taken by Ginger Morneau of Langford, a suburb of Victoria, British Columbia. it case it wasn’t clear, it’s an octopus eating a bird.

#8 Shark found with a man inside 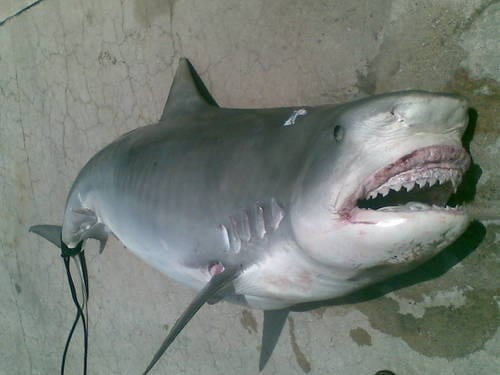 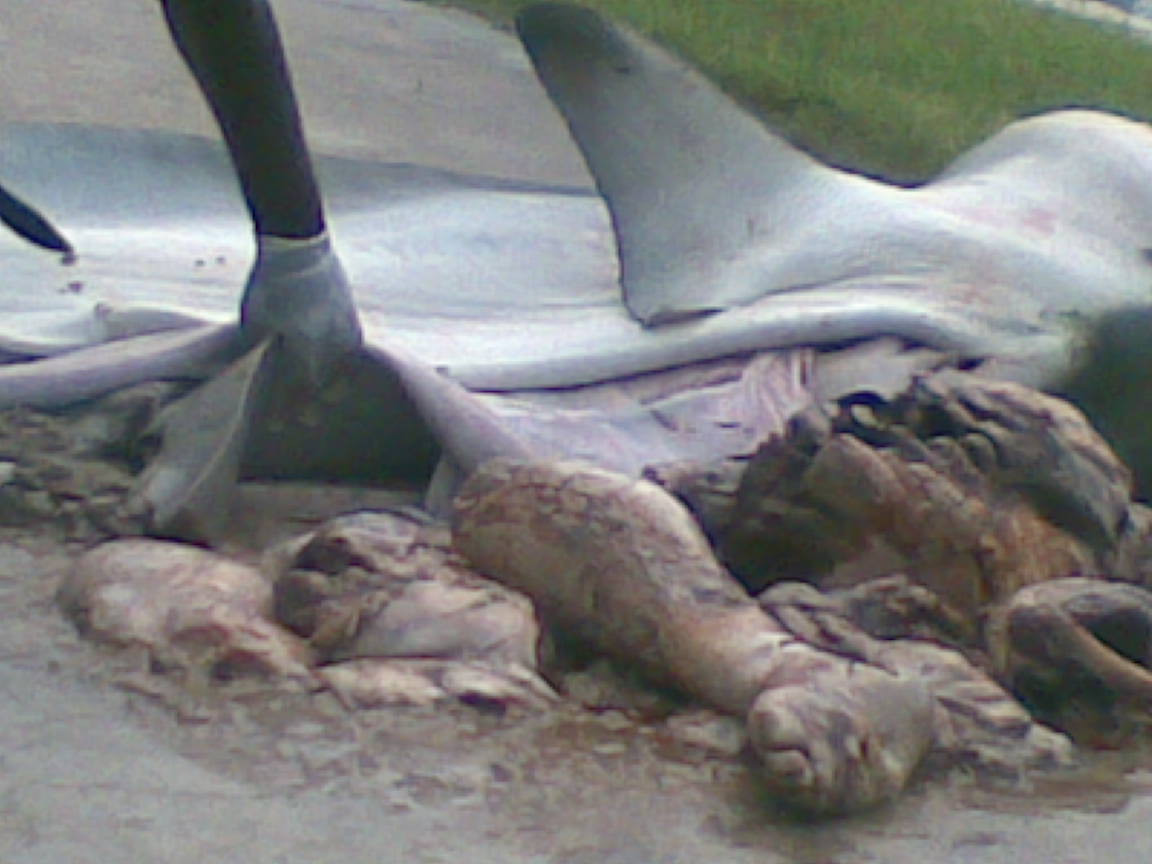 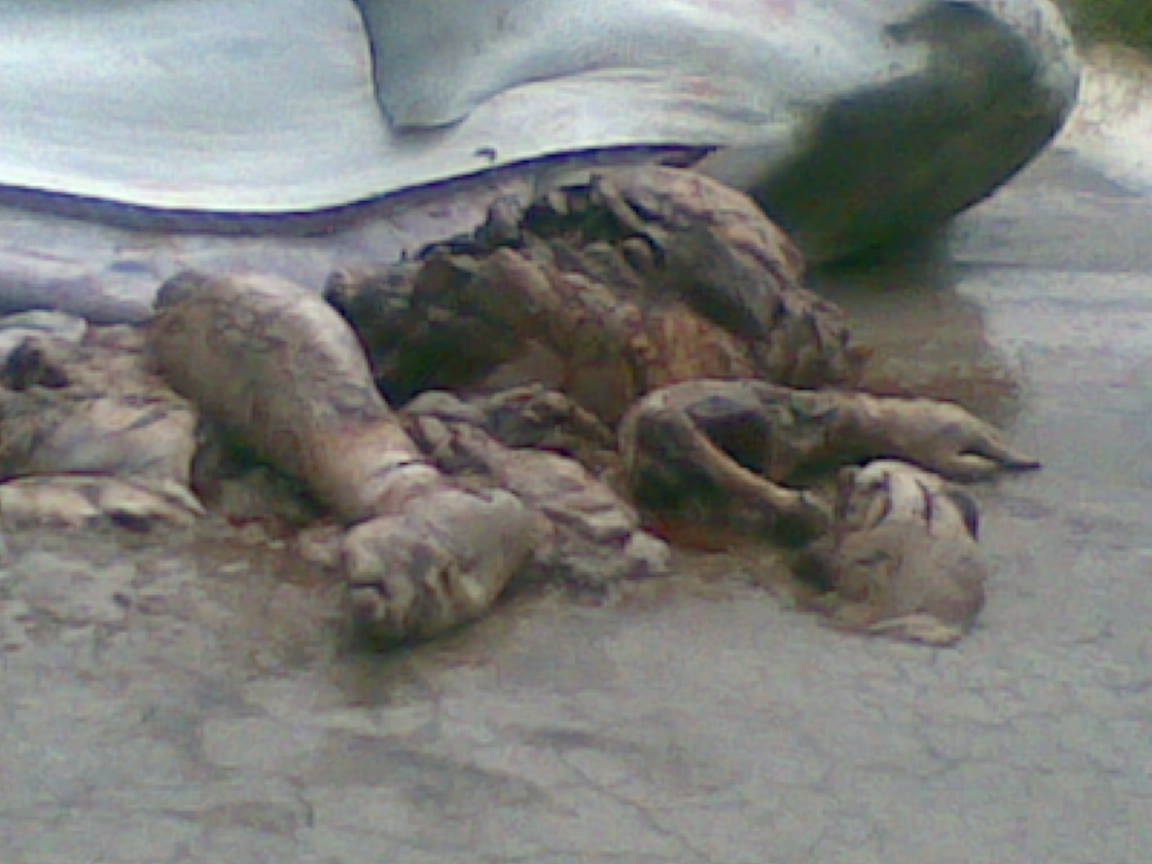 #11 And after being cut up, the very dead remains get removed from its stomach. 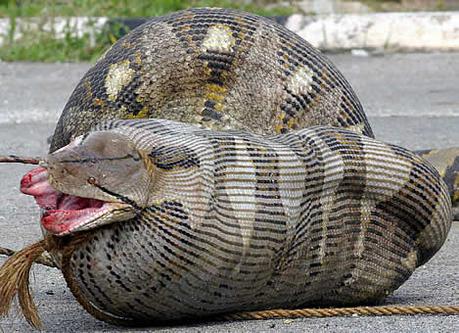 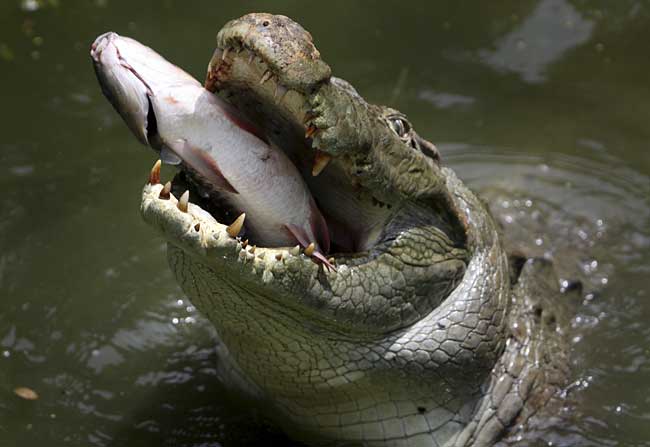 #14 An alligator eats an anhinga  he just killed

#16 Crab Vs Croc – The Obvious Winner

#17 Piranha 3D – The Revenge of The Crocodile 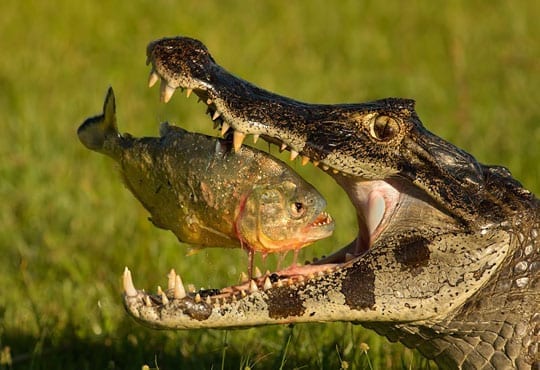 #18 Fox Enjoys Hunting Down A Rabbit 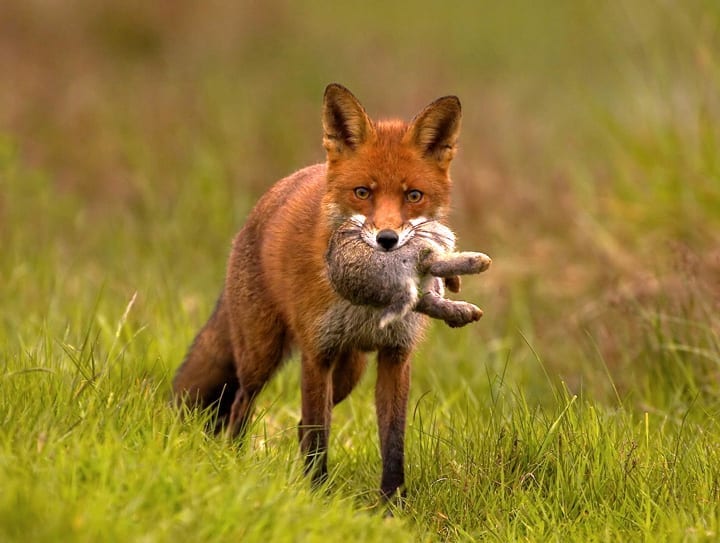 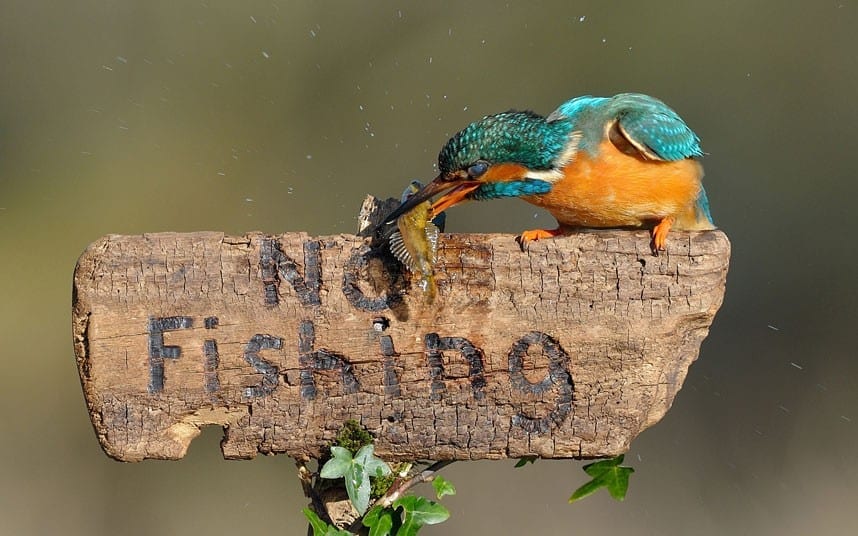 #21 Impala hanging into a tree

You might be thinking how does an impala get up into a tree? Can they climb? No. A leopard put him there. He wasn’t hungry when he killed him so is saving him up for the next day. Quite cunning and challenging to drag a dead impala up a tree Source.

A locust eating a mouse. This long dead duo is preserved and is exhibit on display at the Natural History Museum, London.

#23 Crocodile chowing down on a straying bull shark

This crocodile chowing down on a bull shark in the Kakadu National Park in the Northern Territory.

#24 Donkey storms the wolf to death and simply eats it

#25 Orca trying to swallow a seal from an iceberg 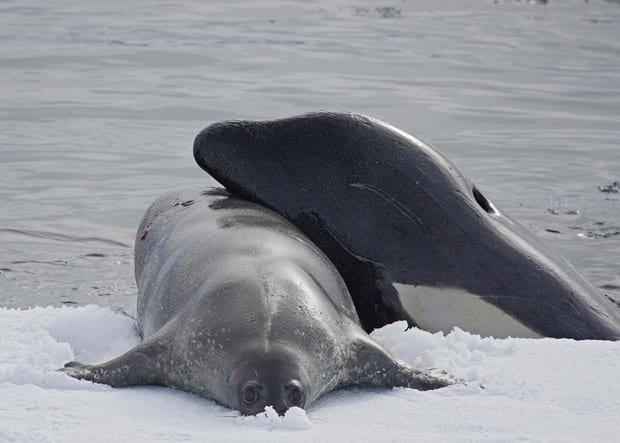 This photo of an orca trying taking a seal down and dragging it into the water to drown it and eat came from the tv show fronted by Richard Attenborough.