South Korea is one of the countries where number of dog slaughtered every year is in millions while the government would not take action against it.
LCA (Last Chance For Animals) took severe pains and initiated an organization in South Korea with the name ALW or Animal Liberation Wave in order to end the dog meat trade in the country. According to them saving one dog at a time is not the answer to this mega trade which is openly considered legit in S. Korea. Starting a moment can curtail it if the concerned Government show interest.

On the other hand, the citizens of S. Korea have also shown keen interest in to support the cause. With a mission in mind LCA and ALW have been continuously spreading awareness against such horrific crime in S. Korea for couple of years. The meat trade that was continued for centuries, has seen a slightest low this year.

Since LCA’s first stand couple of years ago by forming ALW wing, now the volunteers have joined in from S. Korea in a great number. LCA and ALW have been mobilizing events which has resulted in a positive wave and awareness among mass.

The Role of Government

Sadly the dog meat trade is still carried out in many major parts of the country. The role of S. Korean government needs to improve its attitude towards this trade to curb the situation. 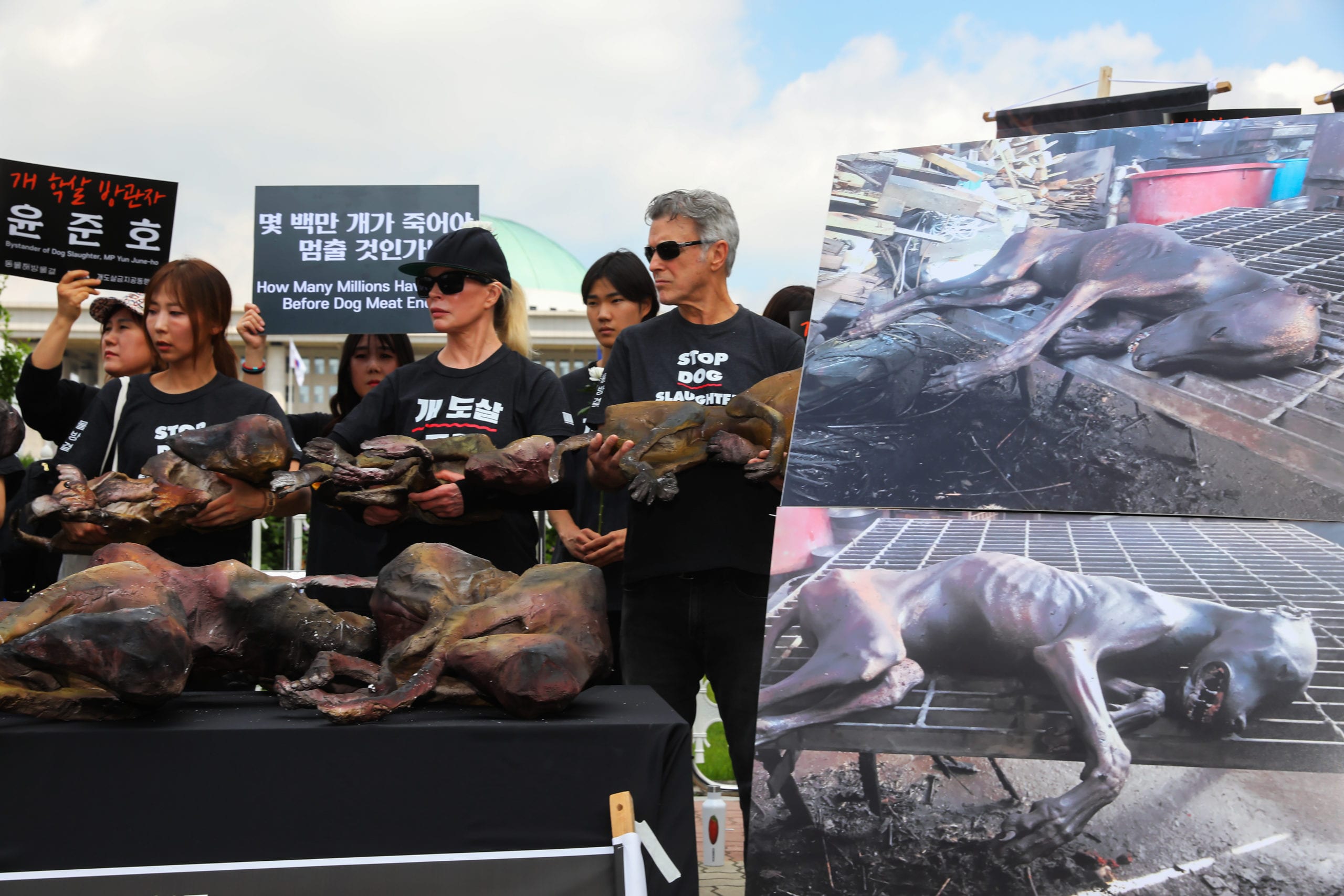 After untiring efforts of LCA and ALW as of in 2020 one out of every five S. Koreans have dogs for their companionship not meat. The old dysfunctional mannerism has changed. These dogs prove loyal to their families.

There are three legal obligations of S. Korea that help this trade to continue

1. South Korean Act of Animal Protection . Although the S. Korean law recognized them as companions and dictates that the dogs not to be killed brutally. Since, the slaughtering is not clearly prohibited the dogs still get butchered regularly.

2. The South Korean Waste Control Act: Many of dog farms belong to rural S. Korea, they roam around restaurants and eateries to collect waste to feed dogs. This way they not only save money but also control waste. So the the government cannot ban it outright.

The condition is not any different from this in China. Every year dog meat festival is held where the dogs from different part of the country are brought in trucks and carriages to represent different livestock farms.

To Support This Cause Visit Stop Dog Meat Rightnow