The hair are most important factor of everyone’s life and they can make or break your image if they are not behaving properly and at times they stand odd. Animals are no different individuals like they could be seen in the following pictures.

There are few important pictures that show what type of hair these animals are sporting that include a lion has his mane swept to a side, while the horse with quite lush locks moving down to the neck and the monkey that has a fit mohawk. 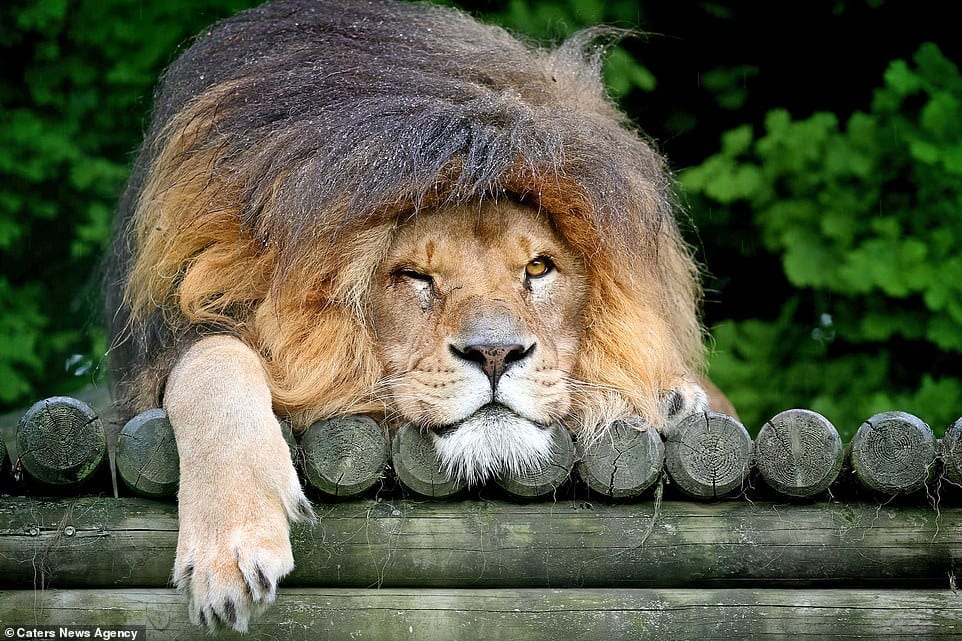 The picture in question is of the lion at the Wildlife Heritage Foundation Big Cat Sanctuary in Kent is seen sitting around with a glorious mane of hair swept over to a side and mostly are covered with the dew. Lion’s manes symbolize themselves to other males about their fitness as a competitor, and also sends manly signal to females about their mating suitability. The thicker and bigger it is, the better condition they are in 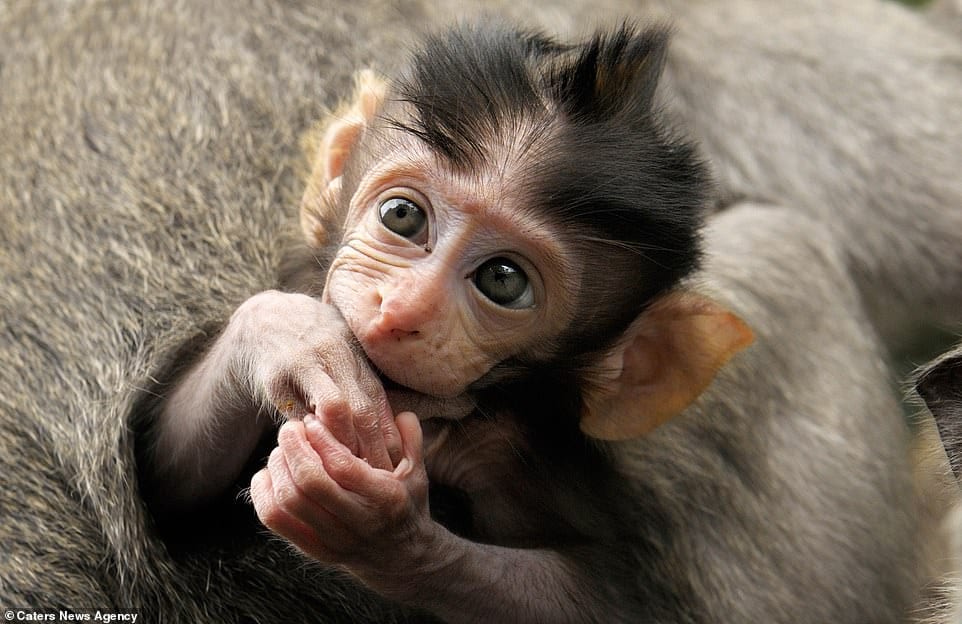 This newborn baby monkey sports a mohawk on his very initial outing into the worldly scene. All mammals naturally grow hair on their body, which is according to the scientists due to evolution to protect their skin from the sunlight by providing them self-defence from attacks by other animals and cuts and bruises from moving all over the thorny places. 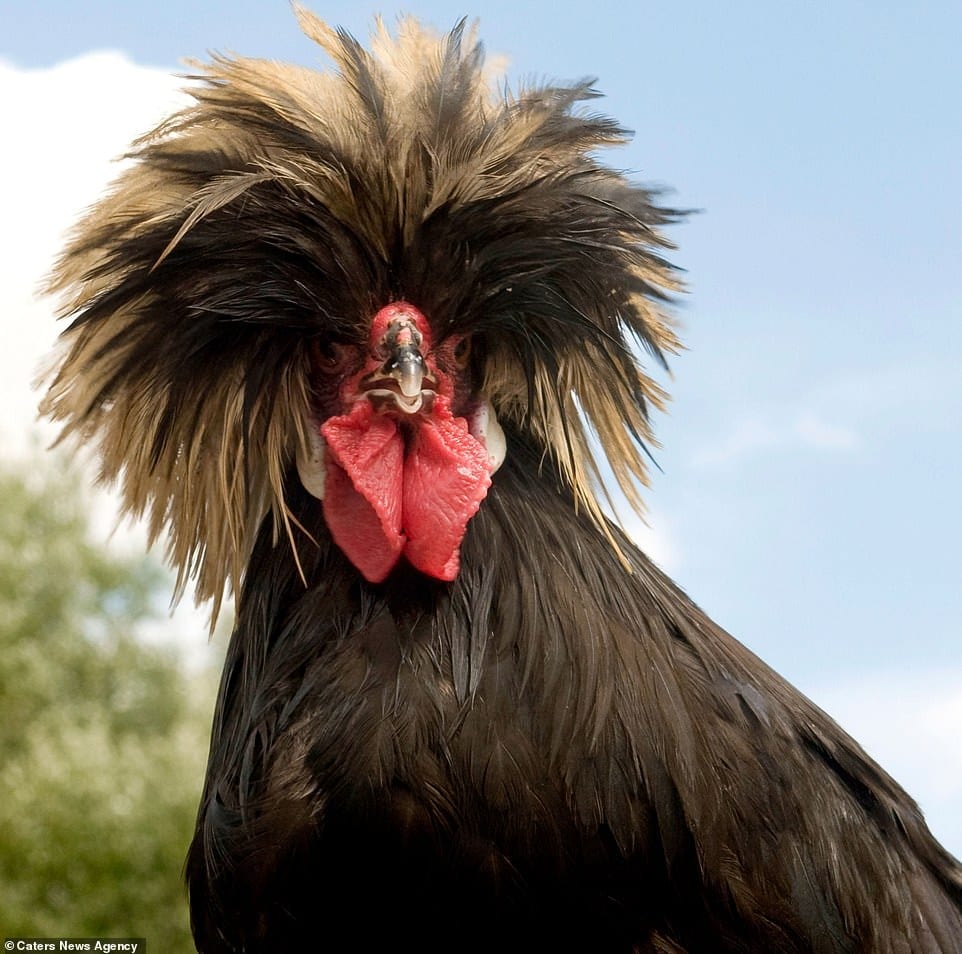 Check out thid chicken with an incredible crest of feathers carrying on head. The truth is a great majority of chickens are bred to be used for food for meat or laying eggs. But chicken enthusiasts are also there who have spent their lifetime for breeding some of the unique animals just for the sake of show, such as this Polish Chicken 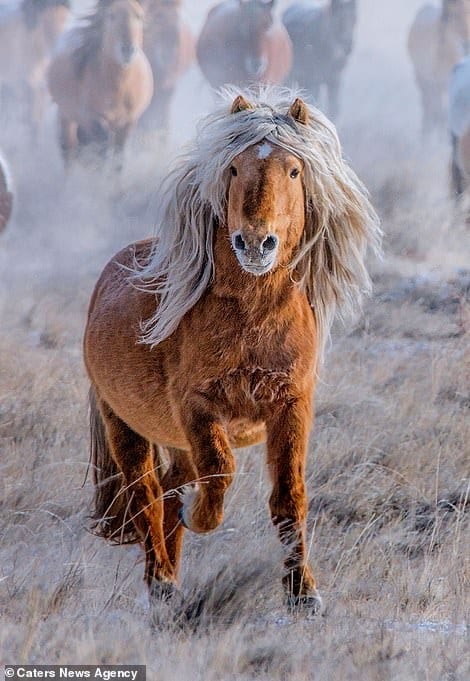 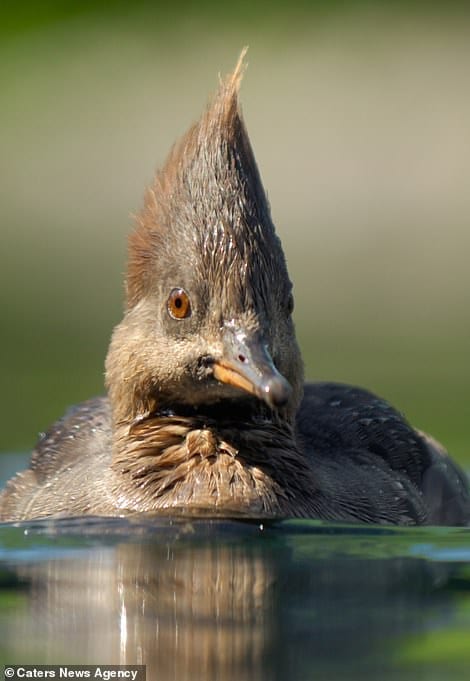 This lion seems to have sported what seems to be a hipster man-bun and shaggy beard at the Nairobi National Park. 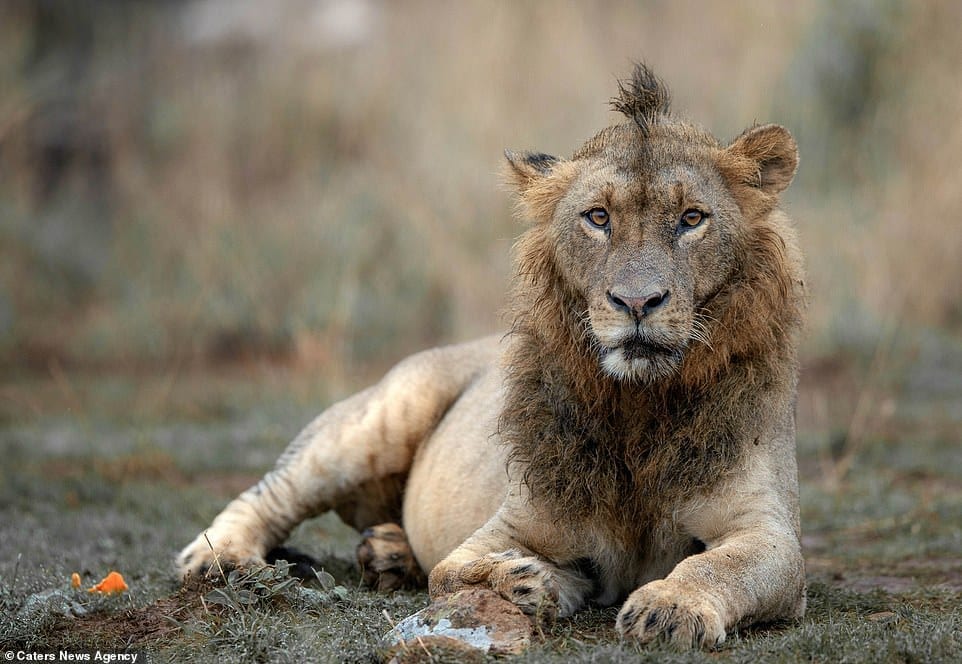 The truth is this hairstyle could fit current human trends, in all likelihood it would repel lionesses, who are predisposed to be attracted towards lions with fuller hair, thicker manes because it is considered to be a sign of a well-fed male who would be suitable for breeding. 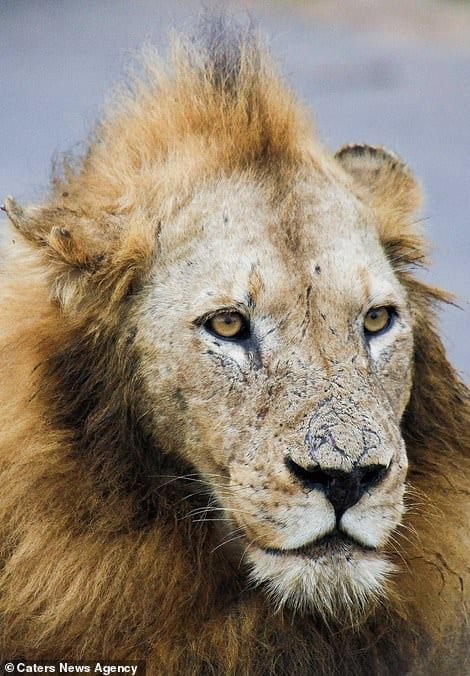 A heavily scarred lion shows off his receding mane-line which has seen and bore the test of hard times but good too when he was young with a splashing mane that attracted females towards him. Apparently no more. 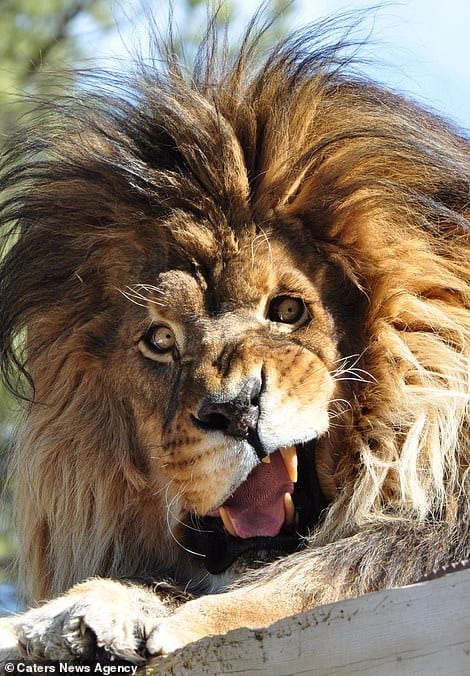 A male lion that sports a thick head of hair while making a funny face to the camera at the Spirit of the Hills Wildlife Sanctuary, in South Dakota 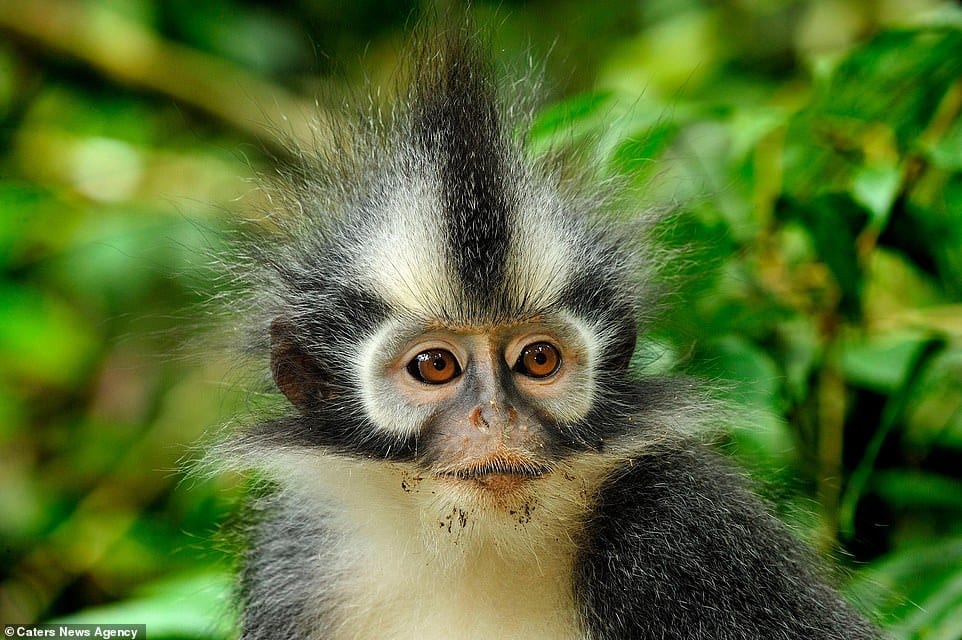 This Thomas leaf monkey showing its very striking fur that could be desired by many. This monkey, as the name goes with it, is native to the island of Sumatra, in Indonesia, specifically to the remote Aech Province. The badger-stripe mohawk on its head is the signature to be a healthy adult monkey, as the juveniles have solid cream-coloured fur.

#10 A freshly-shorn alpaca showing a wild ruffled tuft of the only hair left growing on its head. 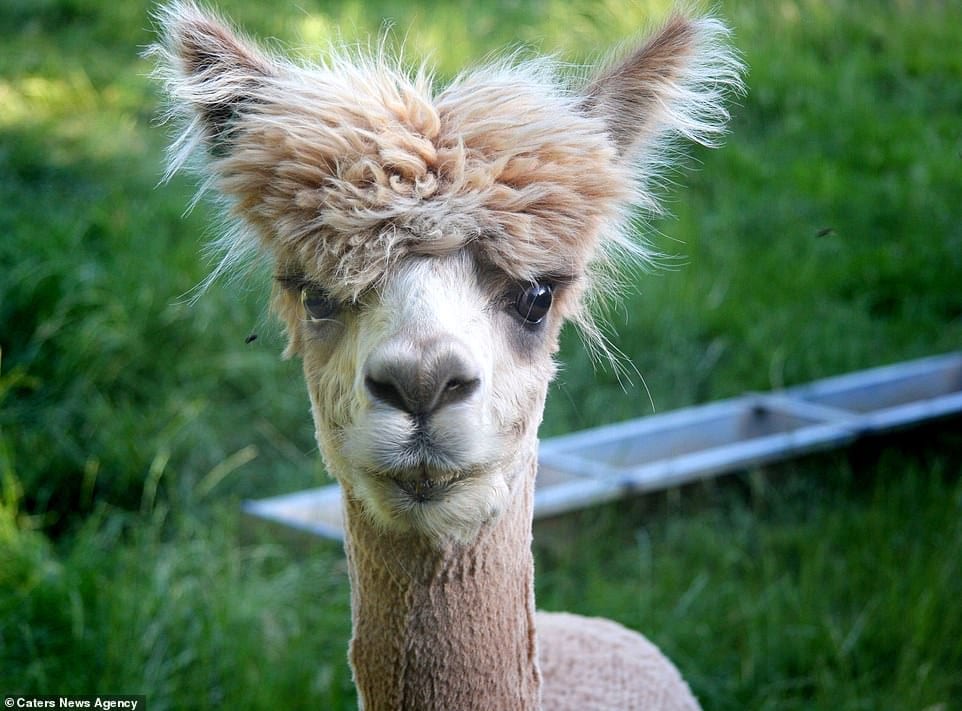 Alpacas are farmed for their wool in Peru particularly, and south America, but have been now spreading worldwide because the fibres are warmer than sheep’s wool, less itchy, and don’t contain lanolin – making them hypoallergenic.

#11 The baby gorilla from the Virunga National Park 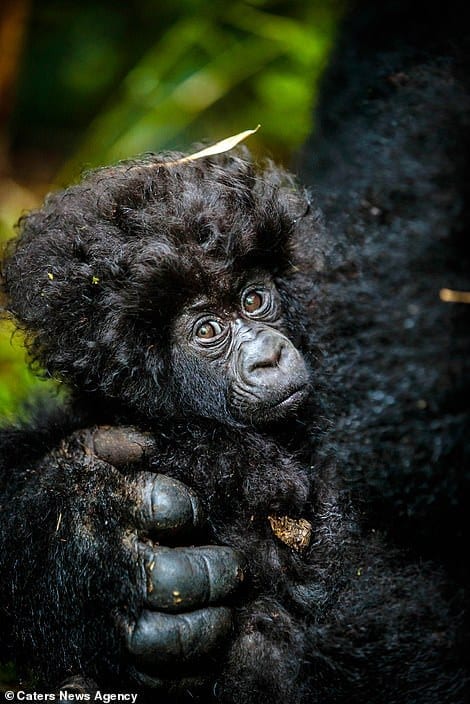 A one-month-old gorilla from the Virunga National Park in the Democratic Republic of Congo is held by its mother and has quite rough hair day. 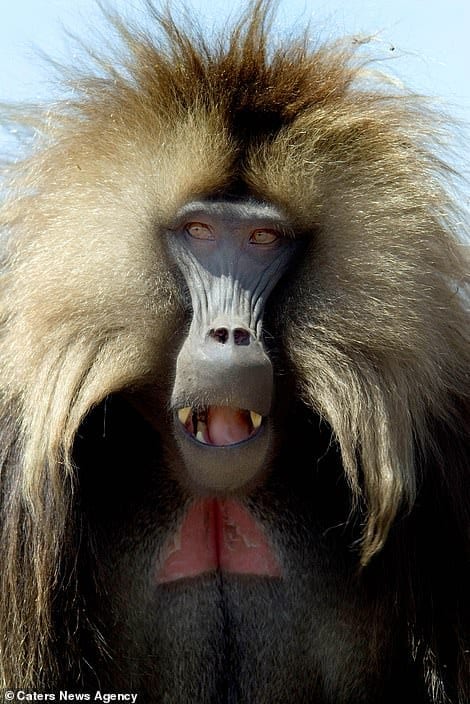 This Gelada Baboon has the worst hair day seems hard to comb. 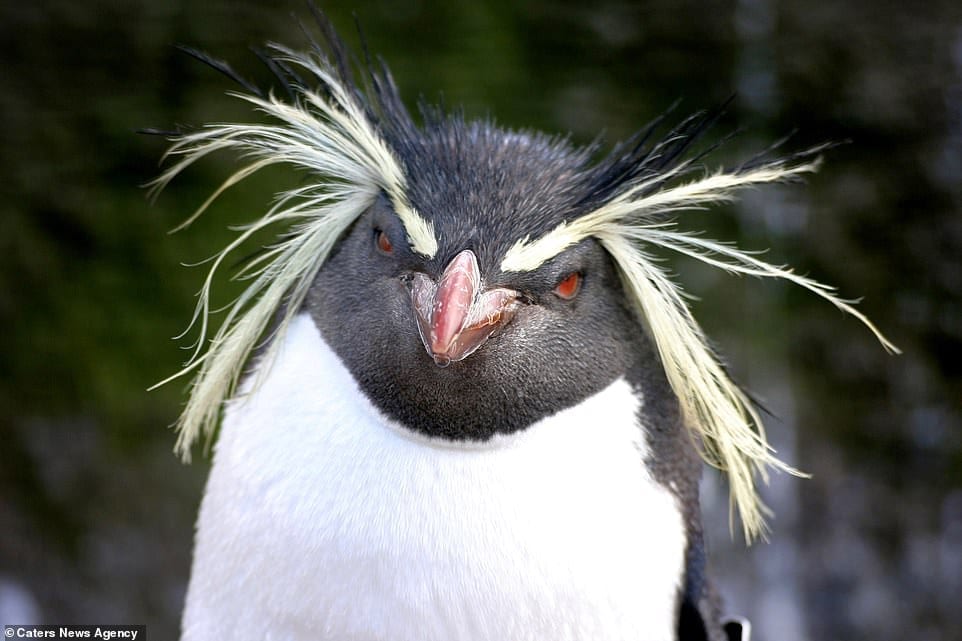 A Rockhopper penguin has been sporting this hairstyle and seems to be very annoyed its distinctive with his plume of yellow feathers. Unlike most other animal bad hair day hairstyles, which were supposed to attract mates any other day.  The couple male and female rockhoppers possess such amazing stripes that means it is unlikely to do with breeding. On the other hand, researchers believe these feathers  and stripes allow the penguins to distinguish members of their own species from others.

#14 This baby elephant in the Kruger National Park, South Africa on his worst hair day. 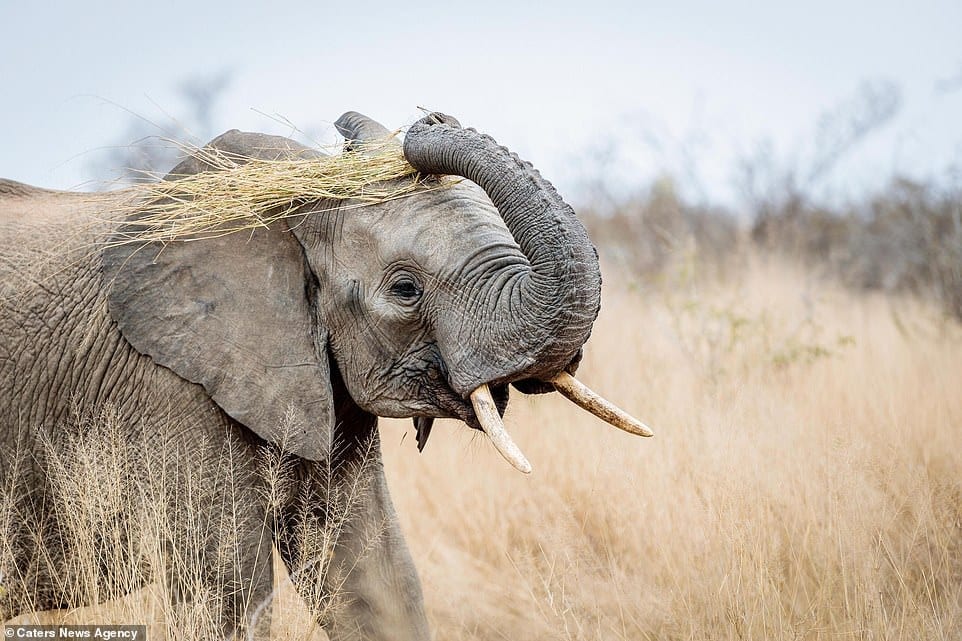 Check out this cute baby elephant in the Kruger National Park, South Africa,  who is sporting a wig off dry grass.

#15 A Kudu in the Kruger National Park wears some ferns on its head. 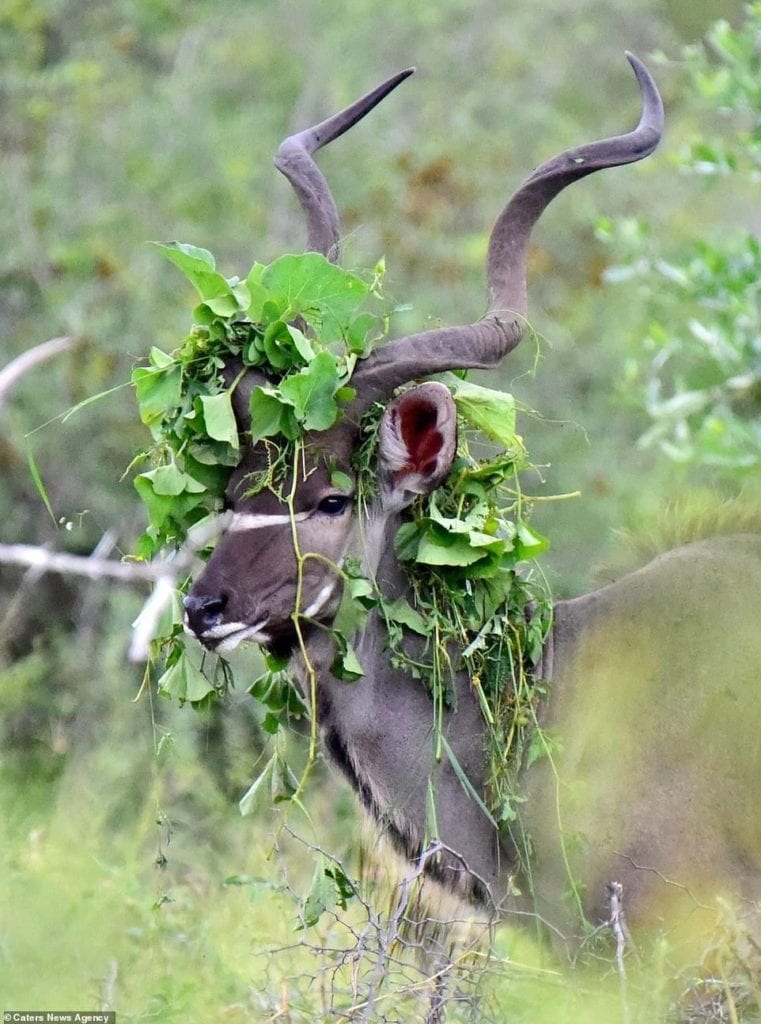 A Kudu in the Kruger National Park wears some ferns on its head. Many species of deer are known to ornament their antlers with vegetation. While the behaviour is not fully understood, it is likely something to do with attracting a mate, perhaps drawing attention to the size of the male’s antlers
Via Daily Mail