Fifty polar bears have invaded the arctic Russian region and the state of emergency has been declared by the government over the invasion which has left people afraid to go outside.

These have been invading homes and public buildings in the outskirts of Novaya Zemlya cluster of islands. This archipelago is a home to 3000 residents and moments after bear invasion the authorities have warned people to stay indoors.

These bears have initiated visiting the town amid December last in the archipelago settlement Belushya Guba with aggressive behavior.

The since the issued warning and sighting of these bears the people have become so afraid to go outside and the daily life has been in turmoil said the local admin deputy head Aleksandr Minayev.

Invasion of Polar Bears: A polar bear is moving inside a building, he is one of more than 50 of the endangered animals who have been terrorising settlement in the remote Russian archipelago. 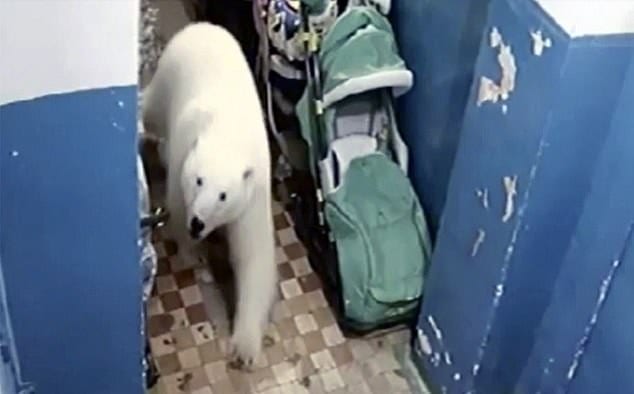 One of the Aggressive endangered polar bears is seen at a playground on the Novaya Zemlya archipelago in northern Russia, where the parents are worried about sending their kids to schools and kindergartens

More than a dozen scavengers are seen searching through a pile of rubbish. 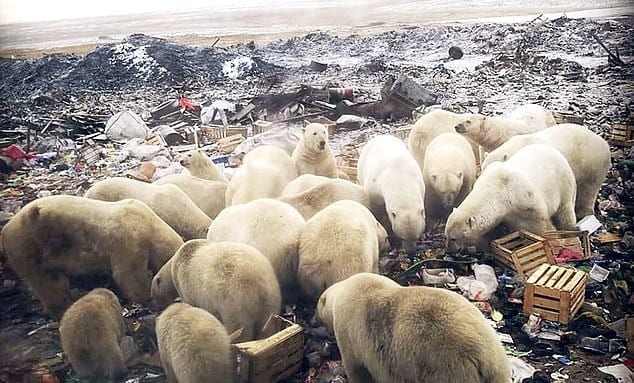 Playground: One of the wild bears roams around a Russian yard on the Arctic archipelago 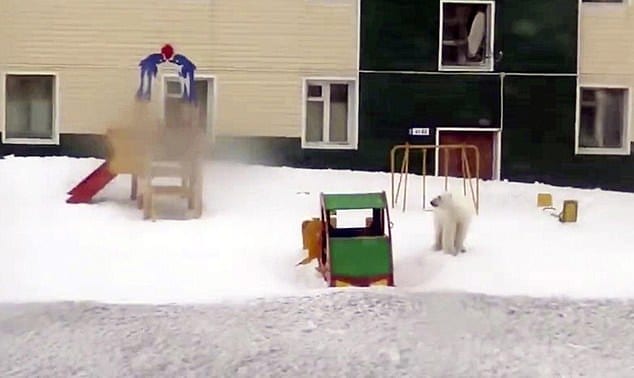 The presence of two of the dozens of polar bears daily spotted in the area. People are ‘afraid to go outside’ and ‘daily life has been in turmoil’. 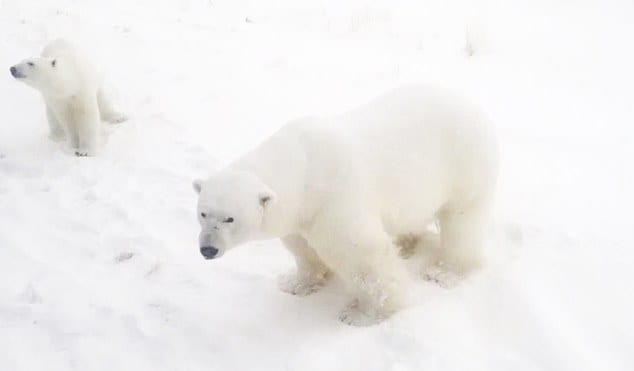 One of the polar bears is seen lurking in the picture below that cannot be legally shot because of being one of the very endangered species. 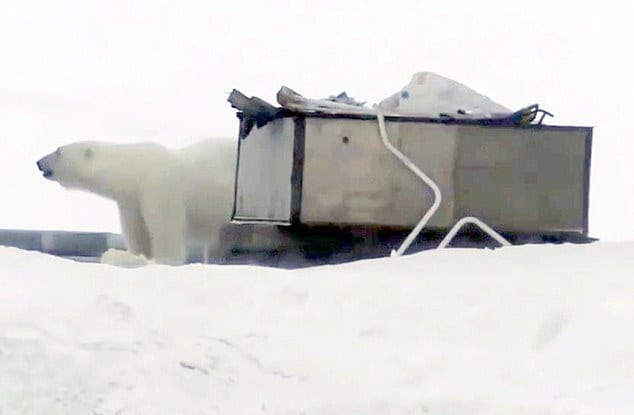 Russian town in Arkhangelsk region is sort of invaded of the polar bears this year. 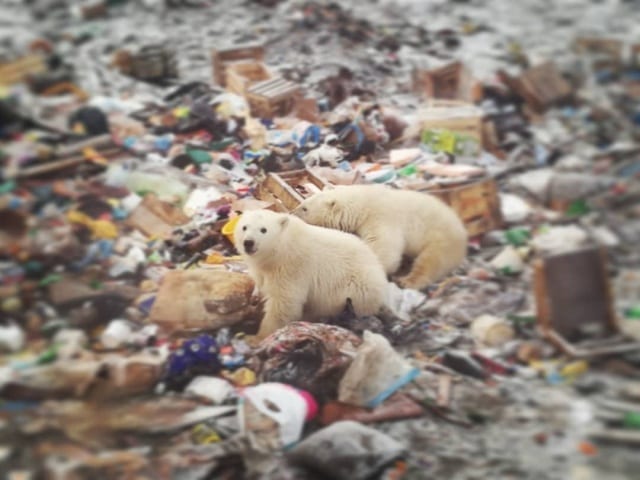 They are literally everywhere and very hungry 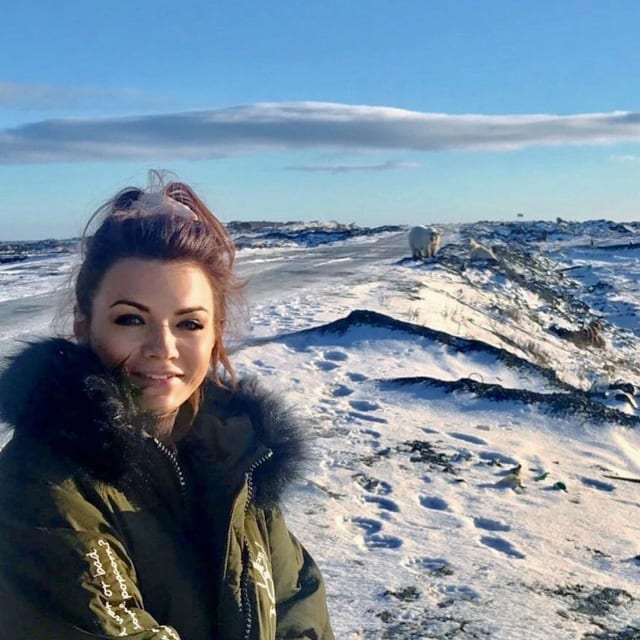 They even have declared a martial law because of this situation. The hunger makes the bears move towards the towns of Arkhangelsk area 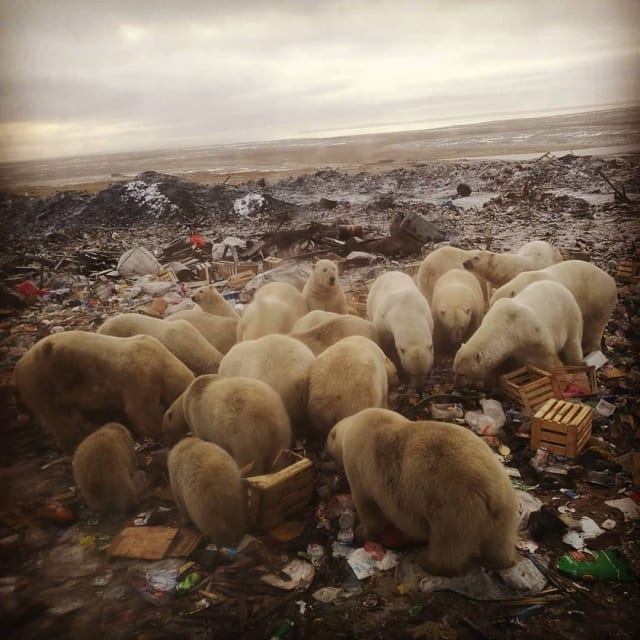 Now They can be seen, the dangerous animals, everywhere at town dump sites, streets and even kids playgrounds 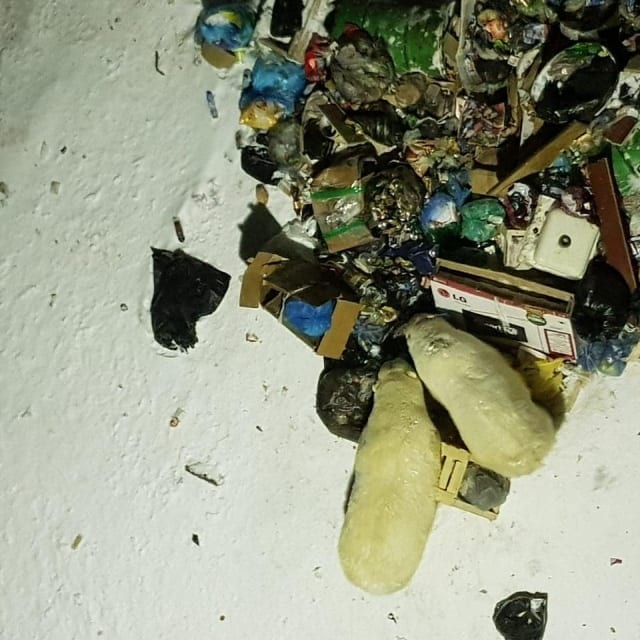 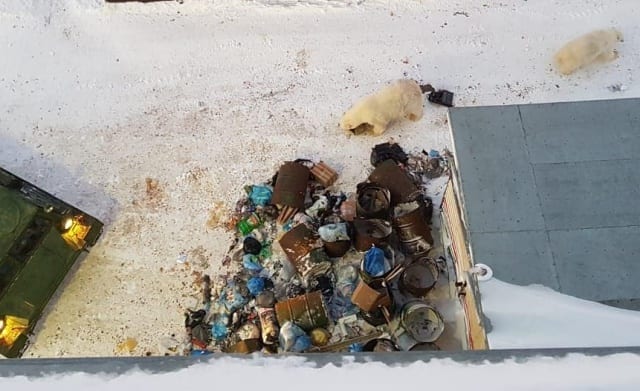 The unwelcome polar bear vs the house guard dog 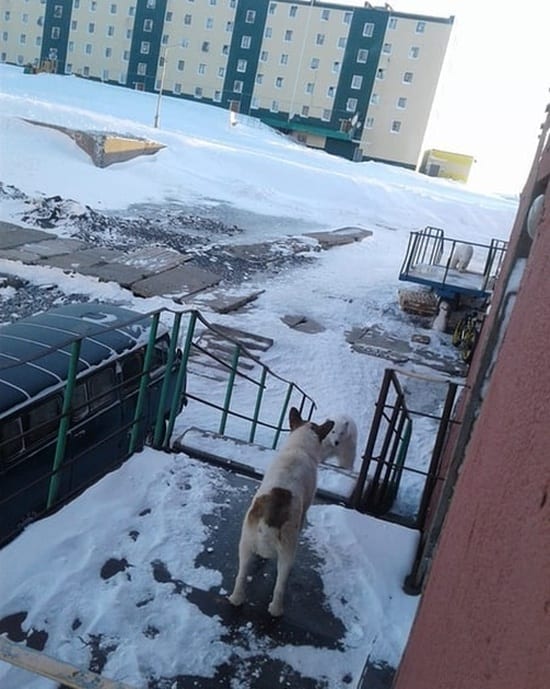