Ever since the killing of Harambe, a 17-year-old silver back gorilla by Cincinnati Zoo keeping authorities after a 4-year-old kid was found in his enclosure who managed to get in there somehow, many people have been arguing that absolutely no no need was there to kill the poor animal, according to them he was just trying to take care of the boy. However, Amanda O’Donoughue, a former zookeeper, has a whole different take that she wrote in her Facebook post yesterday.

“An adult male silver back gorilla has one job, to protect his group”

“Now Gorillas are considered ‘gentle giants’ at least when compared with their more aggressive cousins the chimpanzee, but a 400+ pound male in his prime is as strong as roughly 10 adult humans. What can you bench press? OK, now multiply that number by ten. An adult male silverback gorilla has one job, to protect his group. He does this by bluffing or intimidating anything that he feels threatened by.” 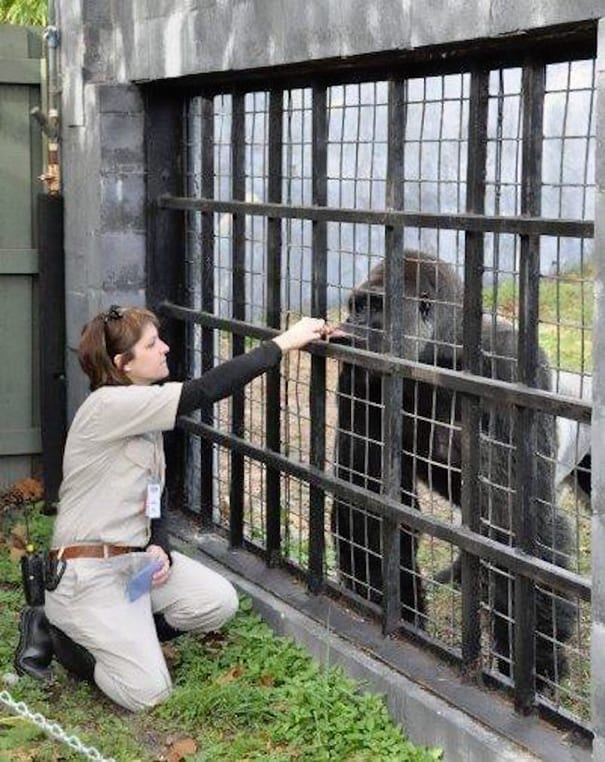 “I have watched this video over again, and with the silverback’s posturing, and tight lips, it’s pretty much the stuff of any keeper’s nightmares, and I have had MANY while working with them. This job is not for the complacent. Gorillas are kind, curious, and sometimes silly, but they are also very large, very strong animals. I always brought my OCD to work with me. checking and rechecking locks to make sure the animals under my care and I remained separated before entering to clean.” 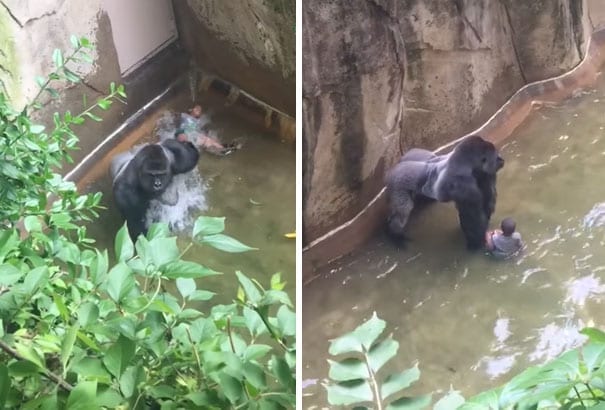 “I keep hearing that the Gorilla was trying to protect the boy. I do not find this to be true. Harambe reaches for the boys hands and arms, but only to position the child better for his own displaying purposes. Males do very elaborate displays when highly agitated, slamming and dragging things about. Typically they would drag large branches, barrels and heavy weighted balls around to make as much noise as possible. Not in an effort to hurt anyone or anything (usually) but just to intimidate. It was clear to me that he was reacting to the screams coming from the gathering crowd.” 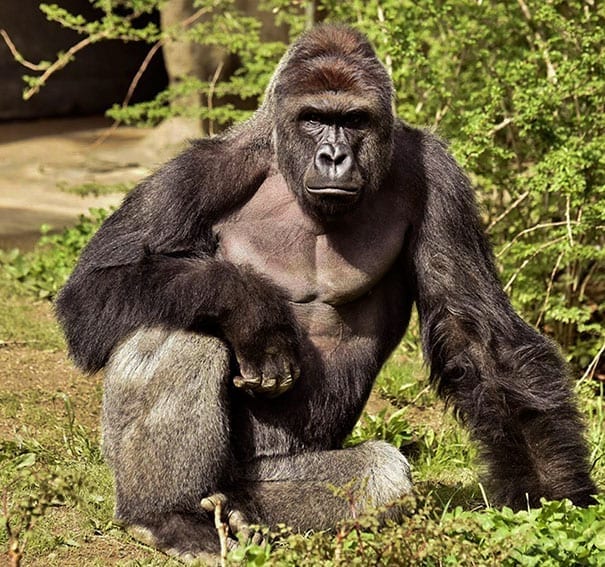 Why tranquillizers weren’t an option

“They didn’t use Tranquilizers for a few reasons, A. Harambe would’ve taken too long to become immobilized, and could have really injured the child in the process as the drugs used may not work quickly enough depending on the stress of the situation and the dose B. Harambe would’ve have drowned in the moat if immobilized in the water, and possibly fallen on the boy trapping him and drowning him as well.” 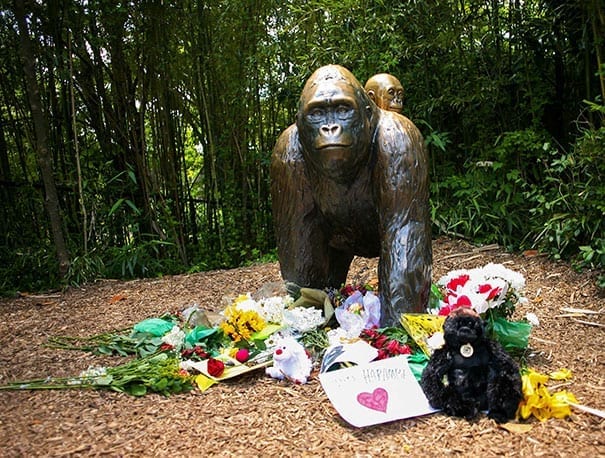 “I can’t point fingers at anyone in this situation, but we need to really evaluate the safety of the animal enclosures from the visitor side…I know one thing for sure, those keepers lost a beautiful, and I mean gorgeous silverback and friend. I feel their loss with them this week. As educators and conservators of endangered species, all we can do is shine a light on the beauty and majesty of these animals in hopes to spark a love and a need to keep them from vanishing from our planet. Child killers, they are not. It’s unfortunate for the conservation of the species, and the loss of revenue a beautiful zoo such as Cinci will lose.”