The 44-year-old teacher from Badhersfeld, Germany, was enjoying a 10-day trip on his boat across the Scandinavian island which is the home of about 3,500 polar bears.

The polar bear seemed to have his tongue stuck out at a laughing seagull in the incredible series of bizarre photos which have been captured in Norway’s remotest regions.

The photos were taken by Amateur photographer Marko König who had watched the 8ft-long polar bear for good 30 minutes in Svalbard, Norway as it was ripping its prey and feasting on it and had its face covered in the seal’s blood.

The male polar bear weighing approximately 400kg or 32 stones looks like it’s sticking the tongue out at the laughing bird as it enjoys his meal while the seagull crows from a safe distance to avoid danger. 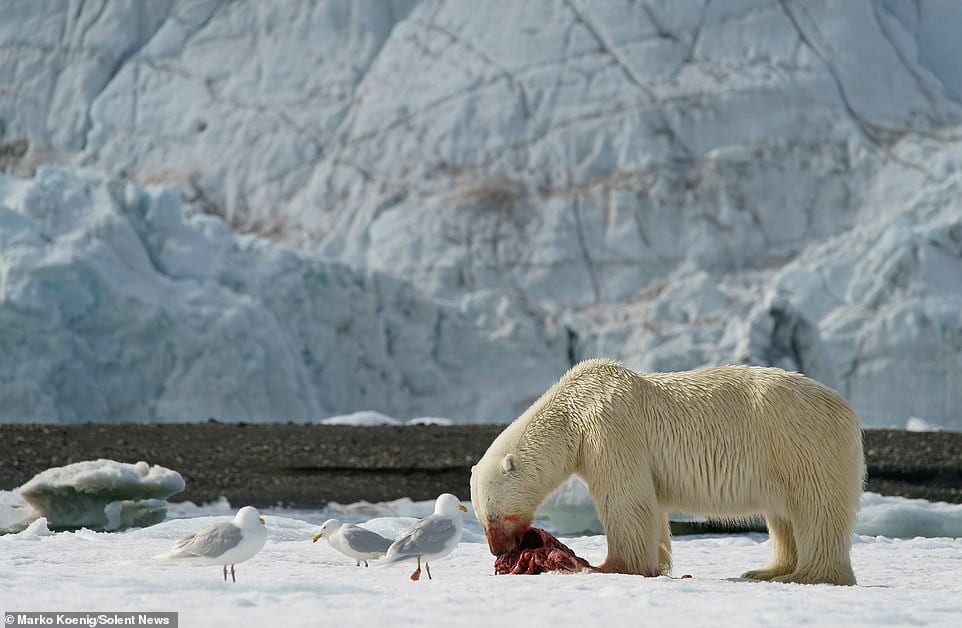 The amateur photographer Marko König took these photos while watching the 8ft-long polar bear for a good 30 minutes length in Svalbard, Norway. 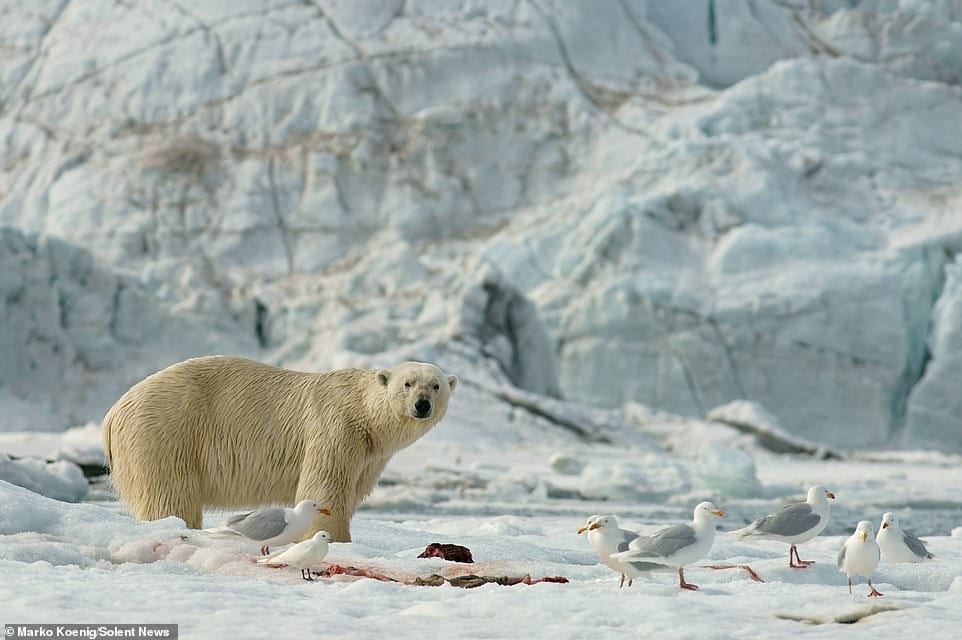 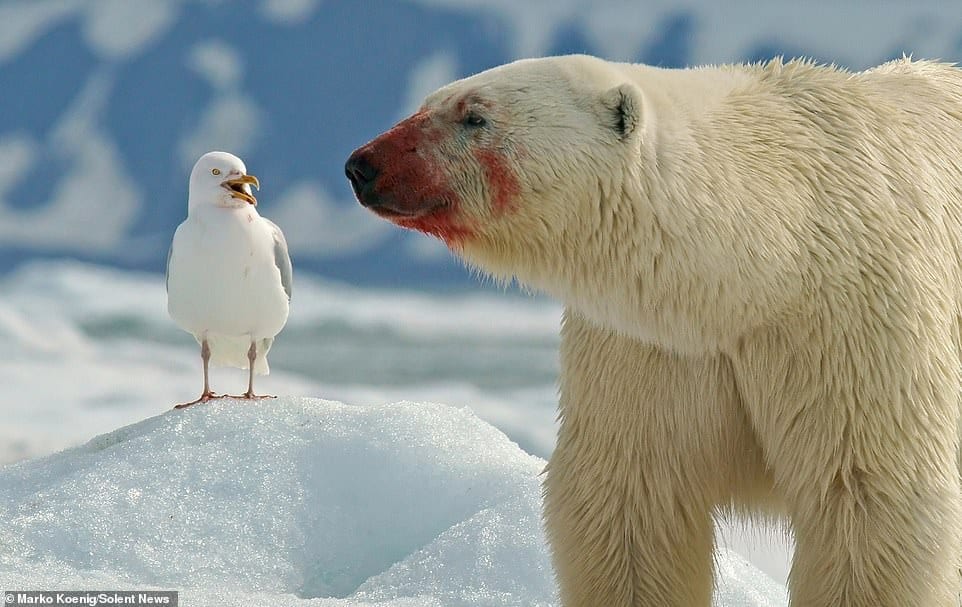 This remotest of Scandinavian islands is a home of approximately 3,500 polar bears, which are classified endangered species 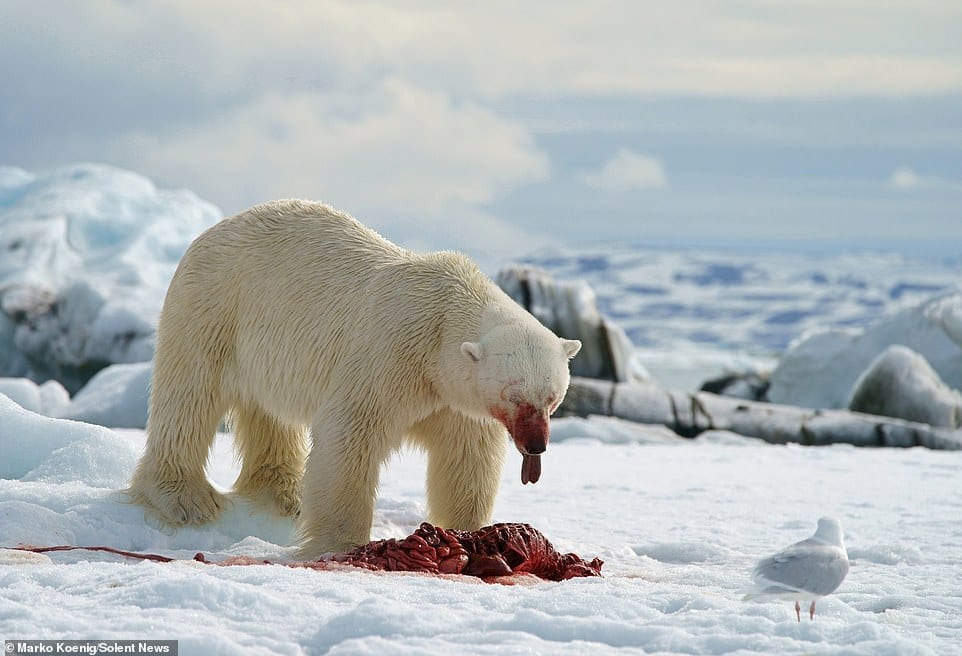 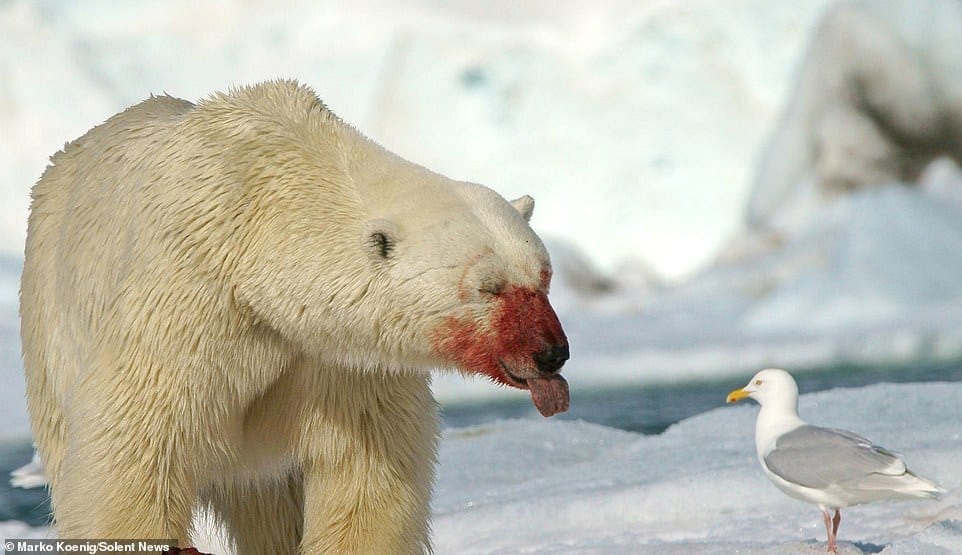