Everyone is made different from the other and this pup proved that dogs are no different. Recently the CIA released a report in which they announced that they were dropping Lulu, the 18 month old Labrador, from their bomb-detection programme. The reason was simple, they found out that Lulu was not suitable for this job because of her playful nature.

“We’re sad to announce that a few weeks into training, Lulu began to show signs that she wasn’t interested in detecting explosive odors,” the CIA wrote. “Sometimes a pup is bored and needs more playtime, sometimes they need a little break, or it’s a minor medical condition  like a food allergy. But for some dogs, like Lulu, it becomes clear that the issue isn’t temporary. Instead, this just isn’t the job they are meant for.”

And now Lulu has been adopted by a family where she is thoroughly enjoying her days, busy playing with the kids.

“We’ll miss Lulu, but this was the right decision for her,” the CIA concluded.

Here the story of a retiring police dog goes!

The sad announcement by CIA. 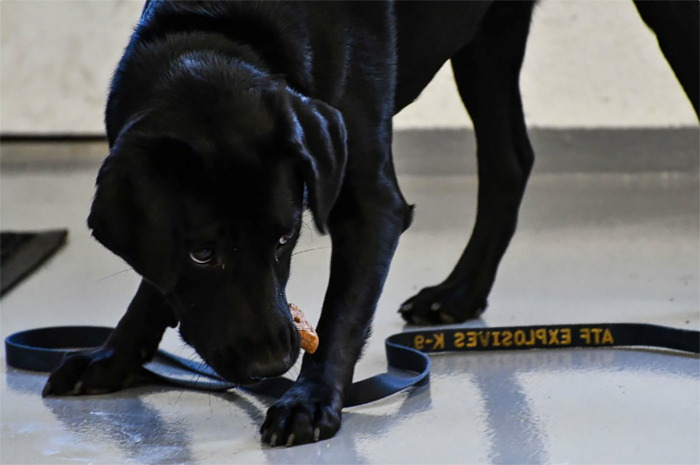 “CIA: We’re sad to announce that a few weeks into training, Lulu began to show signs that she was not interested in detecting explosive odors. “

He surely, does not seem interested to be a Police dog. 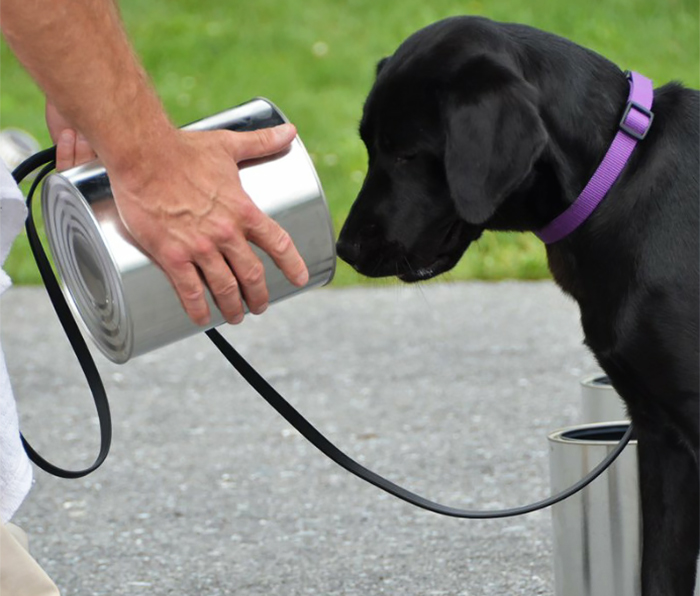 CIA: All dogs like humans, have good and bad days when learning something new. Same for our pups, though it usually lasts just a day or two. 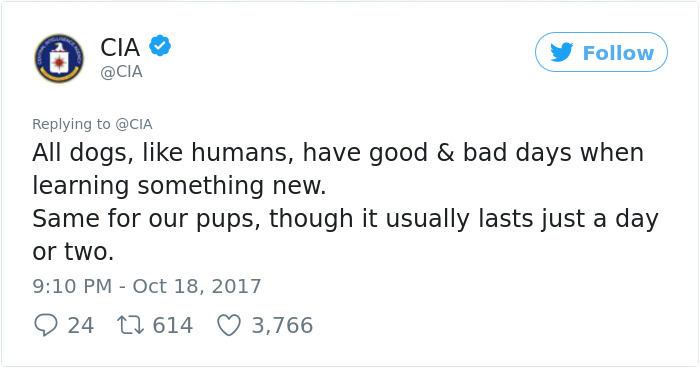 What really was the problem with lulu being not interested at all?

According to CIA dog training experts, sometimes a pup is bored and needs extra playtime, break or they face a medical condition like food allergy.

How other training dogs respond usually? 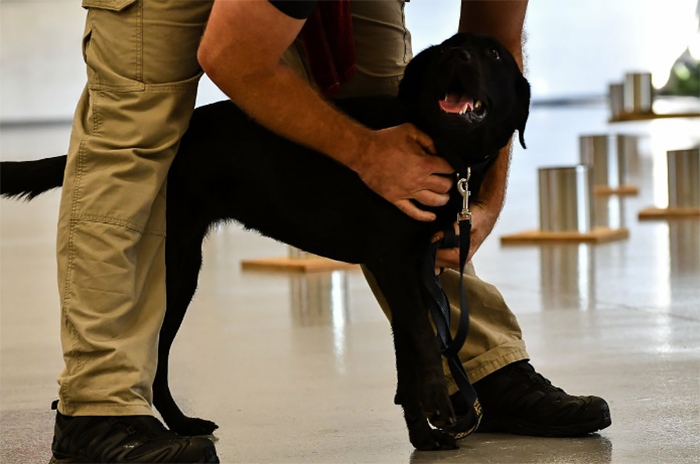 For some dogs, after weeks of working with them, it is clear the issue isn’t temporary and instead their job does not end here. In short, it is not what they are trained for.

What is the top concern of a top K9 trainer? 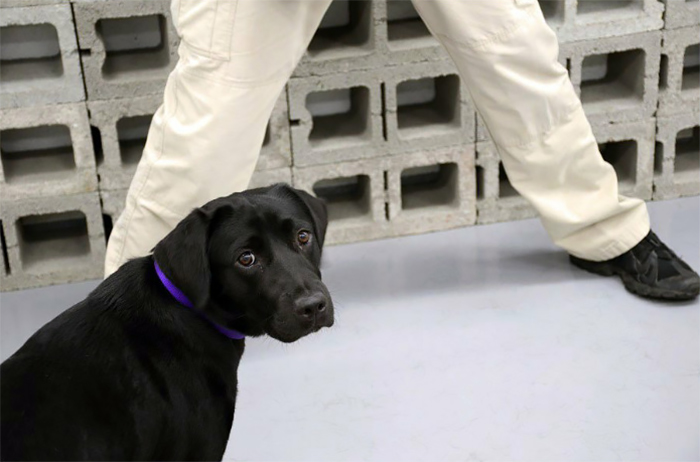 The top concern of trainers is physical and mental well being of k9s. So did what seemed best for lulu. 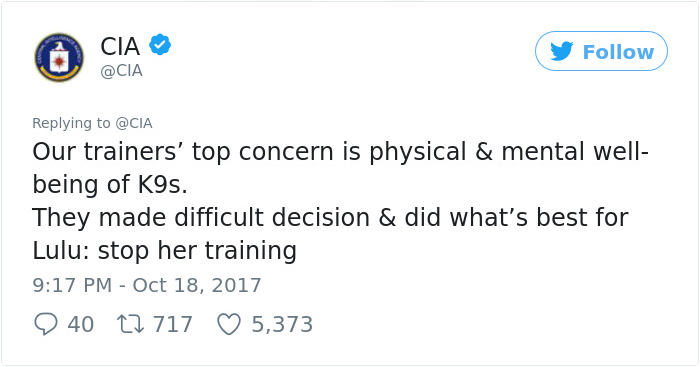 What this k9 CIA dog is up to when they stopped her training? 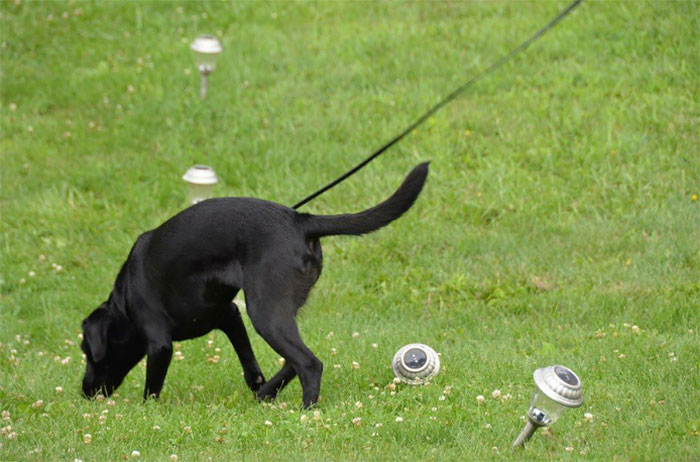 Instead of doing sniffing job for CIA, Lulu enjoys playing with kids of handler and sniffing out rabbits and squirrels in the backyard.

Moral of the story: Life is ever-changing adapting to the change keeps you going.