Only cat owners know how strange our kitties friend can be at times, from roaming across the house for no such reason to sleeping in awkward positions cats with their nine lives live to the best of their witty and weird selves.

Some of the very bizarre acts by our holy pets have been captured on camera – and twitter users from all around the globe have been sharing them on Twitter.

An avid twitter celebrity Heloísa, who hails from Brazil and controls the handle @poorlycatdraw, has ensued an array of retweets and subtweets after asking fans of bizarre acting cats and followers what the weirdest thing their cats have done so far and they could capture those weird cats acts on camera.

Dr Maureen Berg, from Berkeley, California, shared a totally weird photo of her cat who cuddles up to a skeleton, and Agatha Phillips, a student from the Indiana University of Pennsylvania, tweeted that her feline self hides in the dryer.

Here are some of the funniest antics of mischievous cats.

This cat loves to hang from the ceiling. Maik, from Buenos Aires, Argentina, shared this snap of her cat hanging from a beam overhead

DO NOT TAKE BATH PLEASE!

Rose Green’s cat Laika, is anxious if anyone takes a bath however she herself loves to sit in the tub. She lives in London.

Zorro lives in the Netherlands with the owner Anka, loves to climb on top of the TV

This Cat Thinks She Will Never Get Discovered:

Agatha Phillips who is the Indiana University of Pennsylvania student, shared this picture of her kitty hiding in the dryer

Anna’s cat Misty drinks water by ONLY dipping her paw into the bowl and lifting the droplets to her mouth, while

Dr Maureen Berg is from Berkeley, California, shared the strange act of her cat who loves to cuddling up to a skeleton

The Cat Obsessed With Her Toys!

Holly’s cat loves staring at herself in the mirror

A Michigan user, shared this crazy picture of his cat sleeping in a very strange position on top of a scratching post

A twitter user shared this pic of his cat with its tongue out, seemingly for no reason

Holly’s cat in a trash can with the caption: ‘Burt is just an odd boy honestly’

Dave The Cat That Makes Weirdest Sounds And Pandora That is Weird Itself!

Weird Sleeping Habit of This Cat is Absolutely Adorable 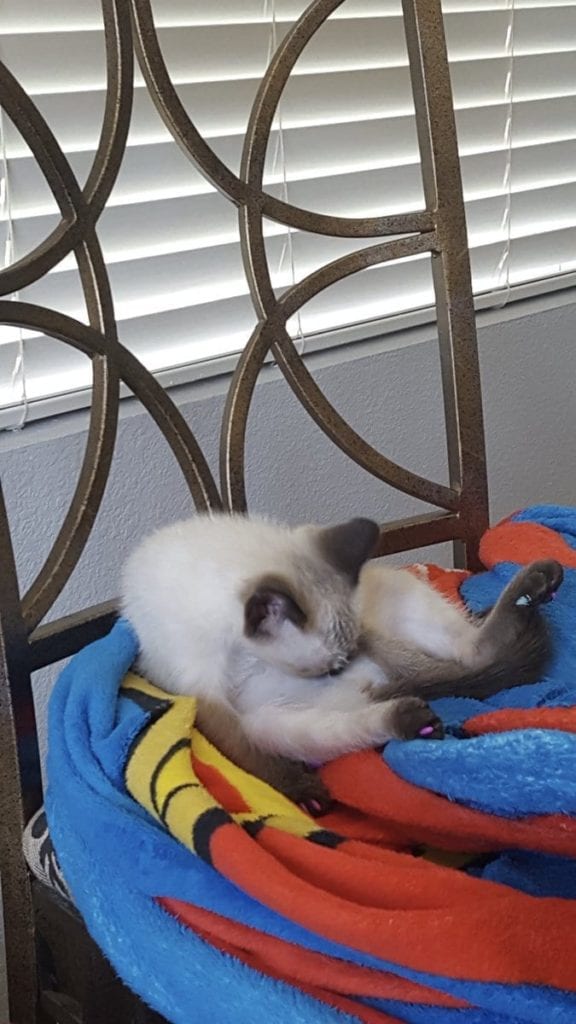