Even though the world came to know about COVID-19 at the end of January 2020 but after that in April when PETA Asia Investigators visited some asian “wet markets” they were still operating in Dog, Cat, Bats, Pigs and several other animal meats in Thailand and several other countries.

As the studies conducted by WHO it is revealed that coronavirus originated in China in such markets and such traders were openly warned about meat trade of dogs, cats, rats, bats and several other animals these “wet markets” or “live animal markets” were still openly operating including the USA. 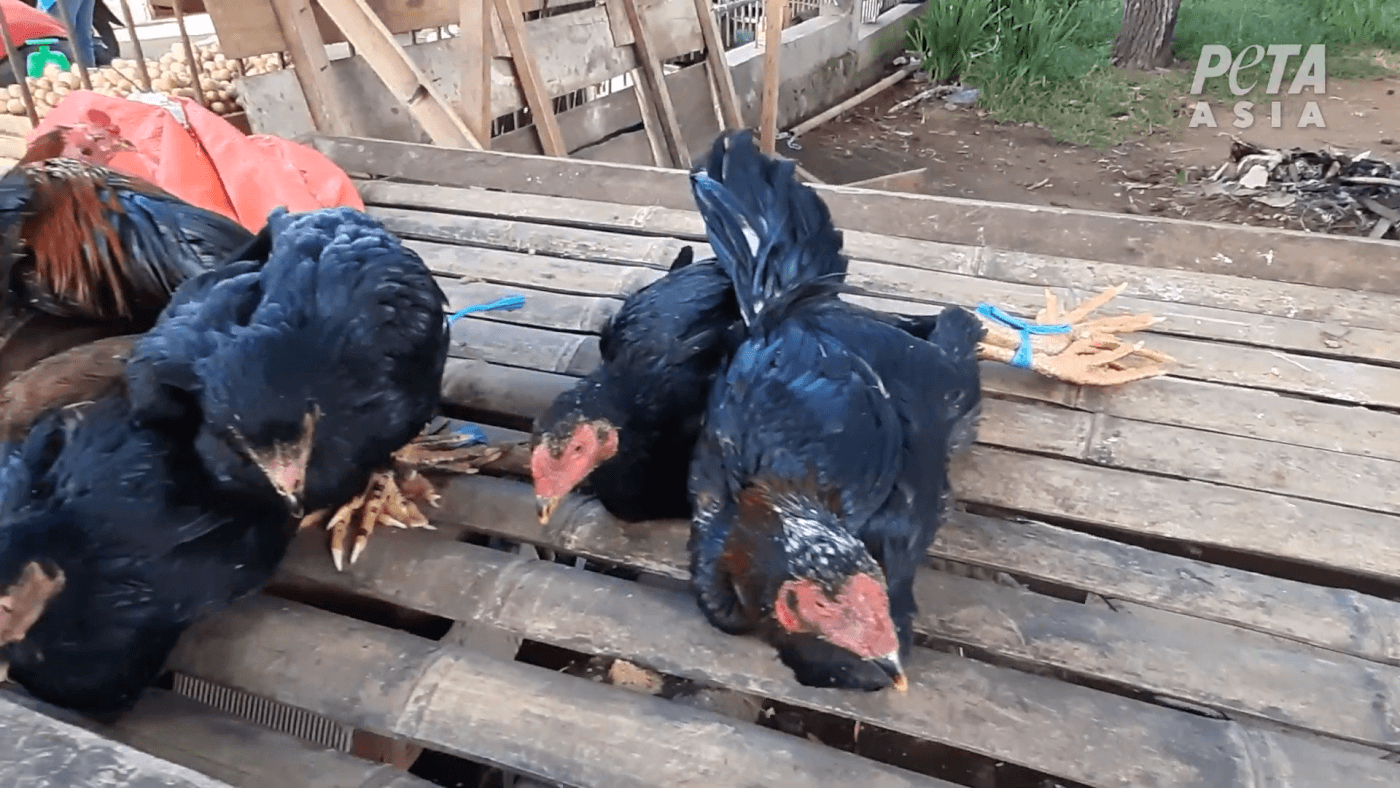 PETA Asia investigator encountered a devastating incident in Tomohon, Market Indonesia and several places from Thailand where the the blood of wild boards, snakes, dogs and rats (small babies) were being sold taken from animal farms. The gloveless workers there were seen hiding the body parts of animals just killed a while ago. Many of these animals were wounded and had open holes in their body and were still alive.

Cats From Cats Farms In Cages Being Sold For Meat 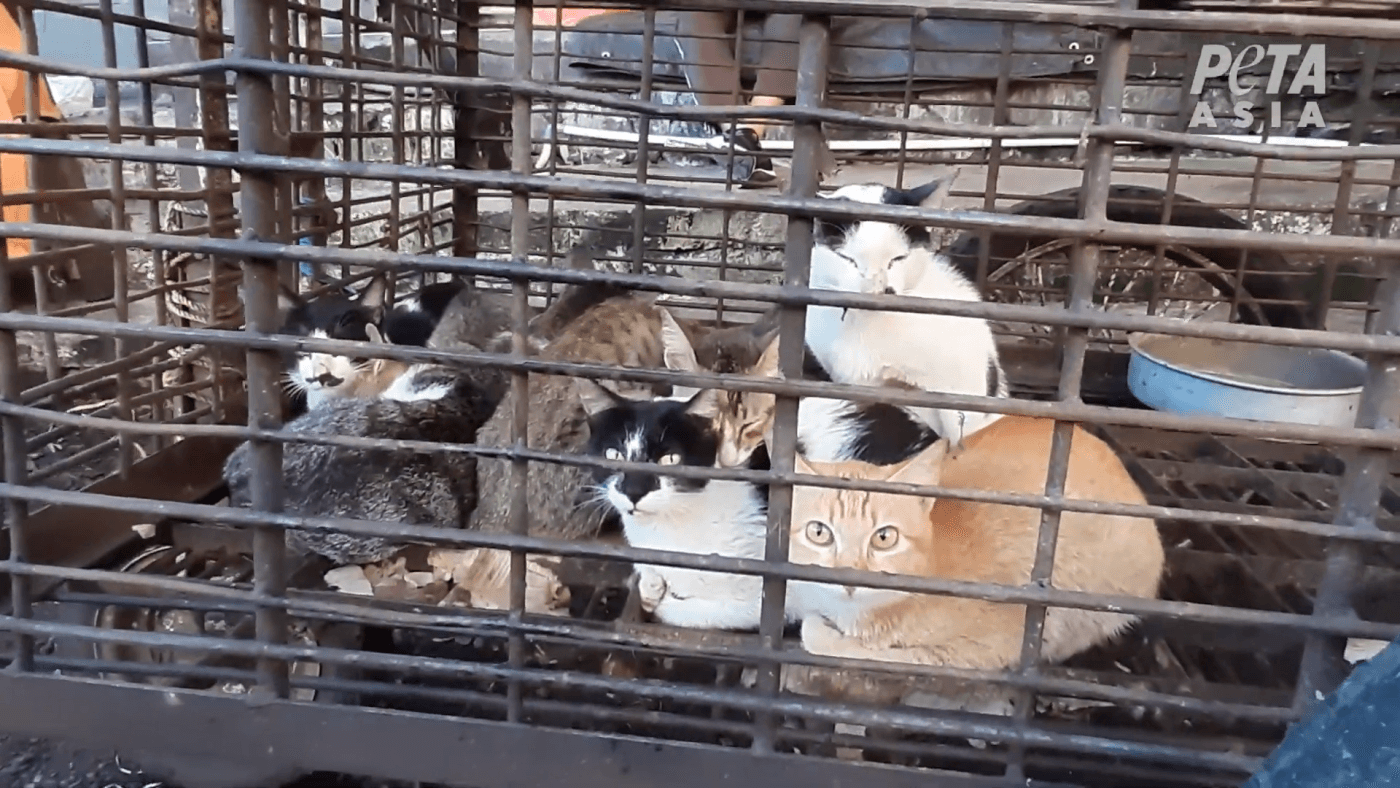 Very much terrified and exhausted cats—sensitive and intelligent like the cats we pet in our homes as family members were being held in swampy and dirty cages in crowds. Those were solely purchased from random buyers and farms for the sole purpose of flesh.