Animal memes are always funny as people add hilarious text to animal images they entertain us for a long time. Sometimes we keep some funny animal memes on our cell phones to look at them again and again. These hilarious animal memes have become a culture now. For example you miss an occasion and someone sends you an animal meme that fits the situation well.

The trend of memes was not that a pop culture until few years back. They have become a very traditional thing on internet. Now, people love animal memes more than some text on any humans photo. Many dank animal memes are over used with different text many times. The funny part is all that text match the reaction, action or situation that animal is and the person that dank animal meme is sent to.

Here are some of the really funny animal memes to give you good vibes.

#1 The boy and this komodo dragon

Here we have the most dangerous animal species known to kill prey larger than its life and underneath is a cute komodo dragon lol.

A very serious animal meme of the moment that depicts it to the fullest.

The real PUBG champion has arrived. Beware of the weapons.

Marty is seriously giving some look though.

Never seen a dog doing this.

#6 This meme has reduced the morale of this sea lion to a punniest degree.

Very tragic animal meme though the sea lion has been reduced to a mere seal.

#7 The big lebowski of animals under serious threat

Basically the dog expects a lot from the dude beneath.

#8 The goat has it all. Seriously a lot of pun intended.

Absolutely thats why we have your best reaction captured memed.

#9 The flight of grey doooog

The future for animals would not be any different from this and they gonna love that we are pretty sure. Even more than us.

#10 This dude has a serious condition call.

So basically there has been too much gone wrong already.

#11 The eyes have it all revealed

This is really situational. When someone calls you when you are hardly expecting a text response from.

#12 When you are not someone who the dog desperately wants you to be.

So now this is called something punny.

#13 The oldest crow in the world exists since edgar allen poe was alive.

Edgar Allen Poe’s ravens are still alive and kicking in the U.K.

#14 The cat versus the critical situation because she loves cleaning 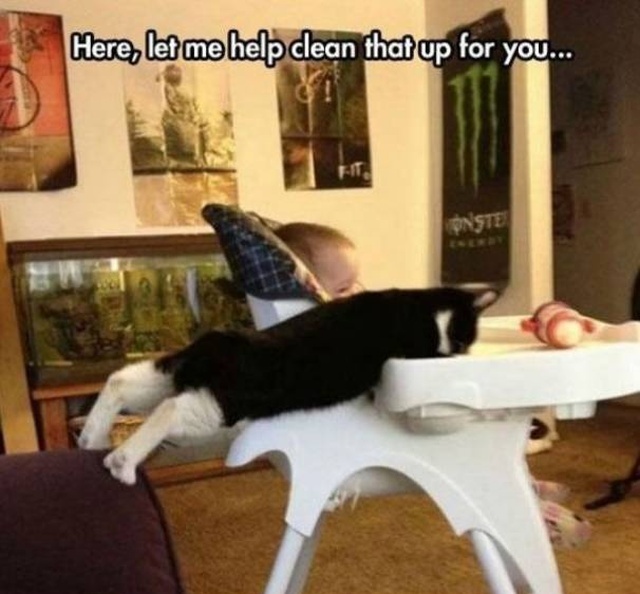 This cat can clean anything here is the proof.

#15 When you have ask a vet to be a dentist this happens.

Too close too intriguing.

Just look at those eyes man. Killin it. The reaction about frozen on radio disney is epic.

#17 That what makes you what you are. Pun intended.

Yeah so this tiger is basically talking about genetics and biological importance of physiques.

This husky stole the show seriously. These huskies got so meaningful reactions that it is hard not to laugh at.

But then again she is very intelligent it is just she I fail her every time.

So sir do you really wanna go ruff with this dude? No then be good.

#20 When you grow out of your favourite shirt

Ahh this dog has seriously grown up. He is really missing his shirt more than his childhood.

#21 This one is has serious pun

This cat meme is wonderful. Really so meaningful. Just think how people add such meaningful text and it comes out to be hilarious.