The Dutch scientists have been left completely in state of awe and shock having seen 20,000 dead or dying seabirds that have washed up on North Sea beaches in a fatal phenomenon that never happened in decades before.

Those dead seabirds are fish-eating guillemots those have been washing up between the ranges off northern Wadden Islands to southwestern Zeeland. The poor plight is they all have shown the symptoms of severe starvation, according to a marine biologist.

The case of these bird deaths has not been witnessed in Belgium or Germany except Dutch shores. The scientists have planned a mass autopsy of a thousand of dead birds in the coming week to solve this mysterious case of seabird deaths.

The Treatment of Seabirds

A medical team is attending to a sick guillemot in Ureterp (pictured below) . Scientists have planned a mass autopsy of these dead or dying birds next week as they want answers to the mystery behind washing up shores 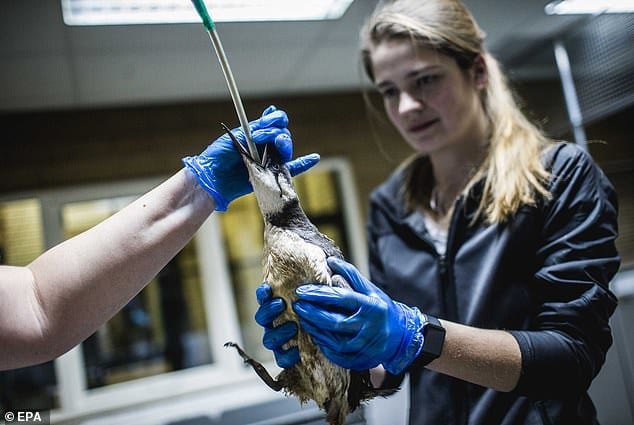 What is The Mystery Behind Dying Seabirds?

A group of the sick birds which were caught on beaches are seen in Ureterp. The deaths have not been reported in Belgium or Germany except Greece 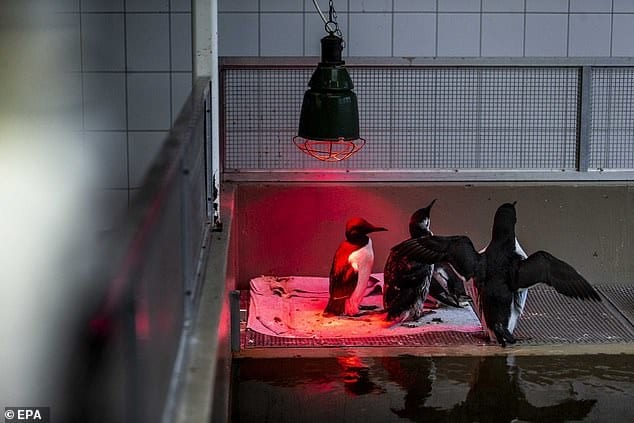