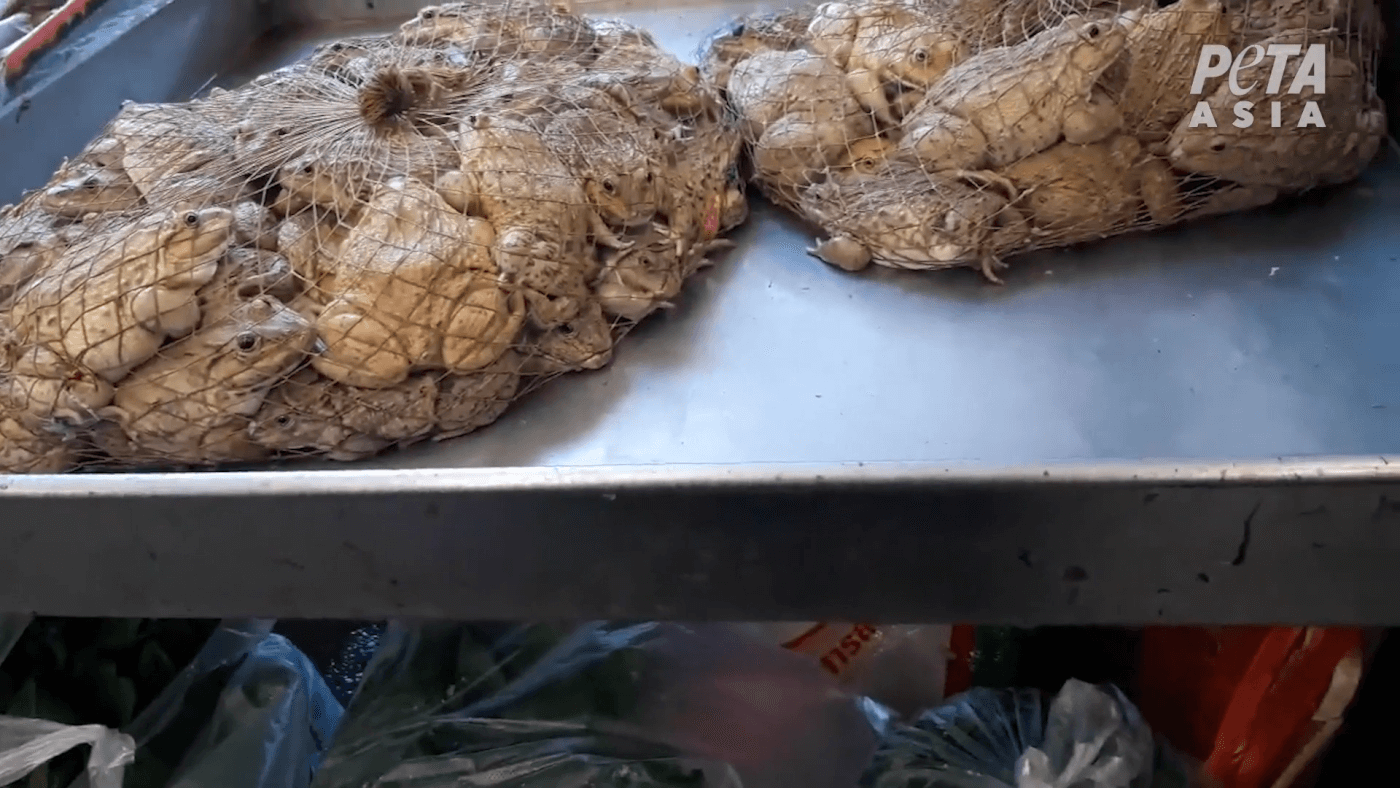 PETA Asia’s investigator in Bangkok Khlong’s Toei Market saw countless bags full of live frogs which seemed were frightened and most of them in terrible condition with open wounds were being thrown down by the side of other slaughtered frogs. 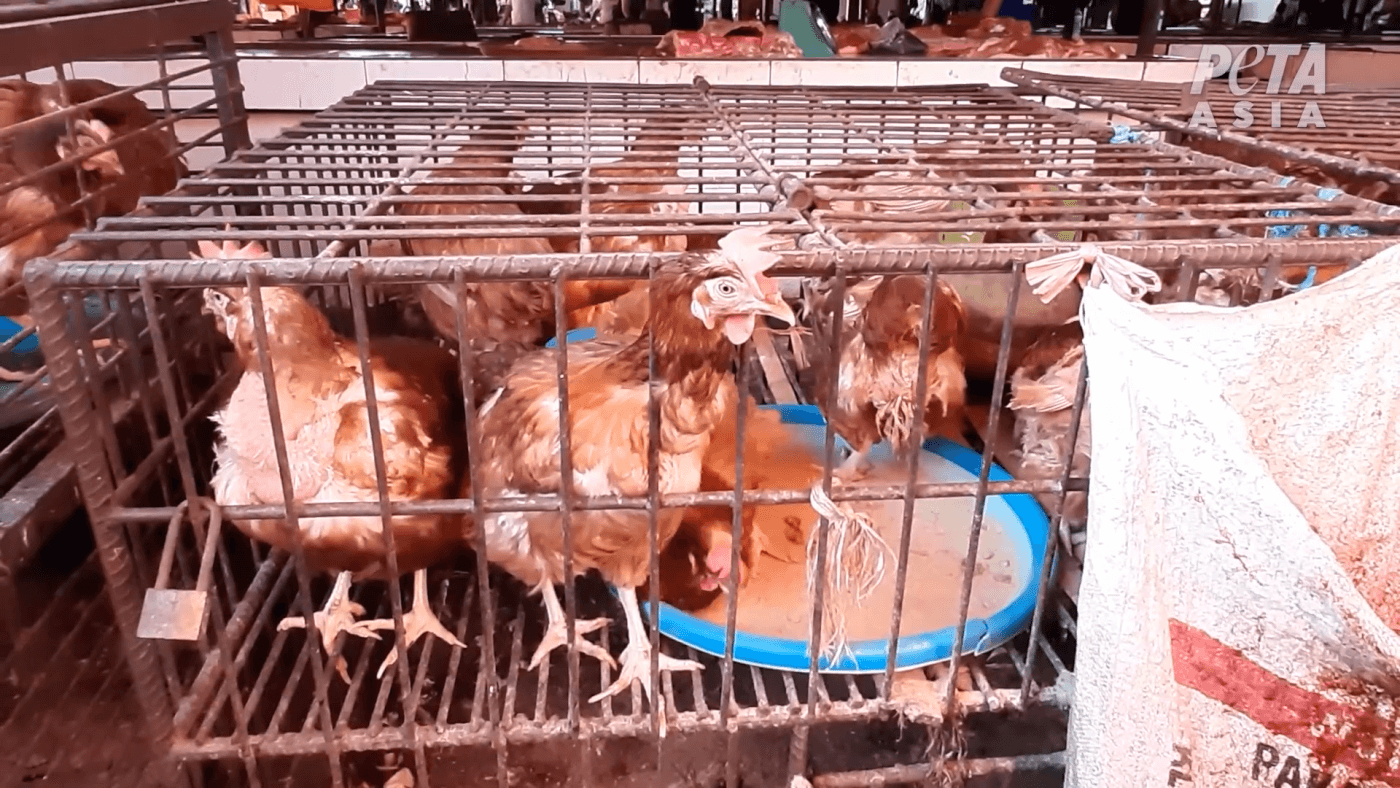 Many of the birds such as ducks and chickens who have their own way of communication with 30 different sounds were being held in dirty cages on the piles of slaughtered dead birds which’d already been killed. Besides, there are random sellers who just catch any bird and sell it out for some bucks are also kept for separate lot of buyers. These bird belong to the mother nature and they are better that way.