Siberian Huskies are a very well known breed for several obvious reasons including their charming looks and many more. We have gathered various unknown facts about this breed which makes our homes complete and movies more enjoyable. Check out these interesting facts about Siberian Huskies which will definitely surprise you.

#1 The Indigenous people from Extreme Siberia believed Huskies were spirits 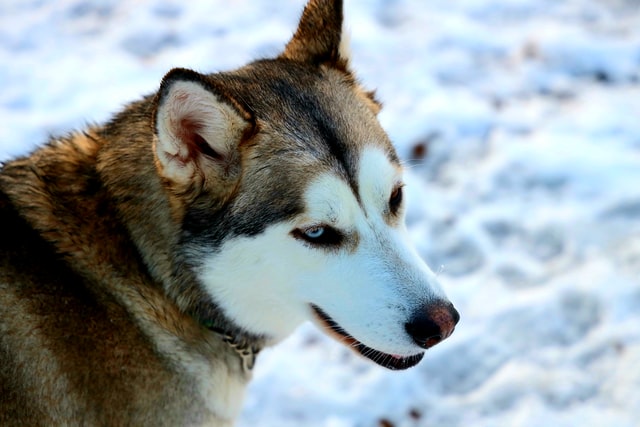 It is due to that belief that they take them in their homes and share everything including food and shelter with them.

There was a time when people used big dogs for bobsleigh races. In 1909 huskies proved the fastest dog breed and since then they have been used for sleds. 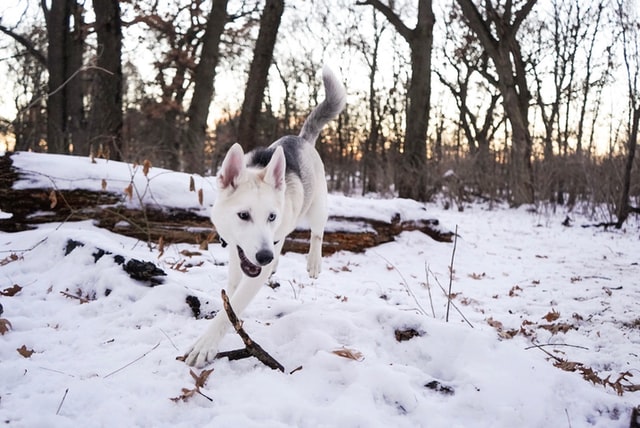 They can be challenging to tame. When they were not needed for any particular task, they were allowed by Eskimos to roam free and hunt. Even though Huskies have been domesticated but Siberian still carry this trait and they are impossible to train.

Siberian Swirl is a sleeping position that is found in Siberian Huskies, they cover their noses with the tails. This provides them with warmth and saves them from extreme cold. 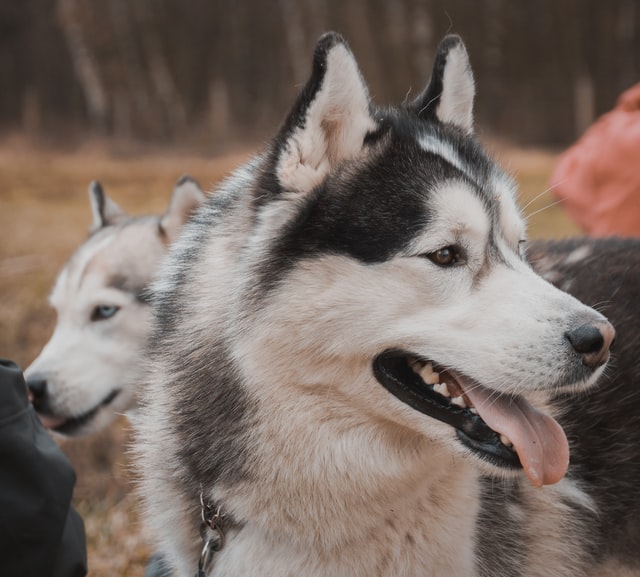 One of the most known anecdotes in the history is 1925s Diphtheria pandemic which was  delivering Serum to Nome in which 150 huskies crossed 674 miles to dispatch antitoxin for Diphtheria in an extreme blizzard.  The whole feat took 127.5 hours but the medicine made it in the time for cure. When there were no flight conditions these Huskies took 5 days to dispatch the medicine to Nome, Alaska in less than 6 days.

Balto became a popular Husky led by Gunnar Kaasen who led the final leg of the Serum Run to Nome while running 52 miles whereas it was Leonhard Sappala’s dog Togo who journeyed 91 miles for the same.

#7 The Metabolism of a Husky 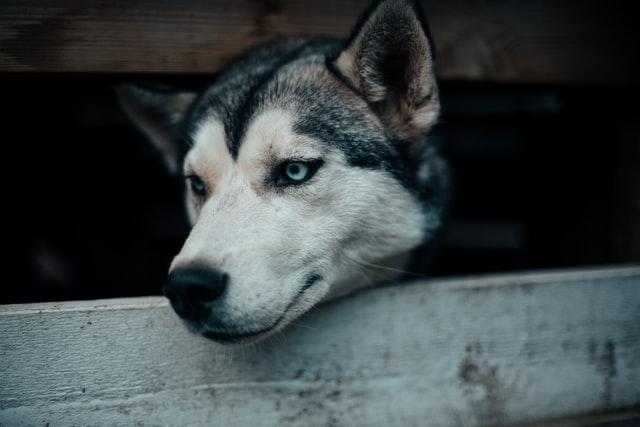 Huskies have a history of being sled dogs. They have the capability to retain their energy and regulate their metabolism on will. They don’t burn glycogen like humans do. It puzzles many experts how they could control it, but they do and the fat reserves.

Siberian Huskies must get routine exercise daily for half an hour or more to keep their sanity and physique intact. Otherwise they do stupid things or even deceive the owner in some cases. Moral of the story is, when they are bored, they are brainless.

Huskies need their own separate space to roam about. It will help them be to themselves and be easy.

#11 Direwolves of ‘Game of Thrones’ and Siberian Huskies

Since the popularity of HBO’s ‘Game of Thrones’ touched skies the demand for Siberian Huskies increased. Many dog owners demanded Siberian huskies without researching how to train them.

Huskies make great fitness partners; they are solely natural athletes and like every feat that involves body movement. But don’t take them out in the hot summers let’s not forget we are talking about Arctic dogs.

Huskies feel lonely very easily if they are left alone for long. They need a companion and regular exercise as they possess energy beyond our imagination. When they are left along for a long time they become very agitated and destructive.

#14 Huskies are also the escape artists

Huskies are free spirited dogs and they have the ability to tackle any hurdle. They can chew on anything concrete and can jump even 8-foot gates. They can also cross narrow spaces which are otherwise impossible for the most dog breeds.

#15 Huskies and pleasing the owner

Huskies get along with anyone easily but they are not good friends most of the time. They are winners and they love to do it. They love their independence and they’d initially choose to ignore commands of owners but they prefer suggestions.

#16 The importance of training a Husky 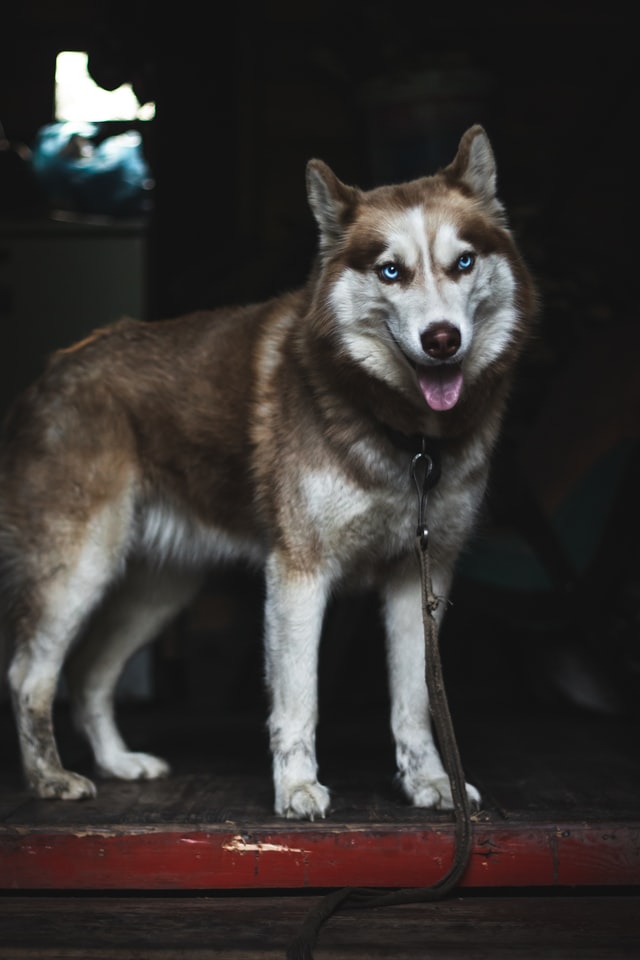 Huskies love challenges and it’s inborn in them. They must be trained properly at any cost. Their inherited stubbornness is manageable only through rigorous training.

Generally, the color variation in Huskies depends on their genes but it’s amusing to see that the color of its nose is similar to its coat.

#19 Huskies as the helpers

The Siberian Huskies have helped humans survive in the extreme cold. The ancestral Arctic people highly relied on Huskies for difficult tasks. They were the only breeds that could help humans survive by helping them hunt, transport, herding hunt and security. If it were not for these Huskies, they would not survive.

#20 Role of Siberian Huskies in WWII

Siberian Huskies played a key role during World War II by searching and rescuing units. They retrieved soldiers, ammunition and transported different articles. They also played an important role to maintain the communication. You can imagine the intelligence of Huskies through their role in the World War. 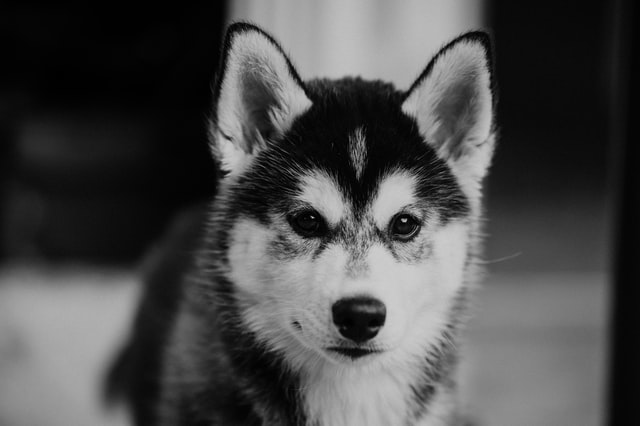 Since Huskies need companionship being sensitive dogs but they hate being spoon-fed. Their intelligence helps them to be self sufficient. They rely on their own instincts for each decision.

Although it’s a fact that Huskies are descendants of wolves, they are not aggressive. Some experts believe that Huskies would prefer befriending a thief instead of attacking them or alerting the owner. They are very friendly to people and it could be anyone–even strangers. 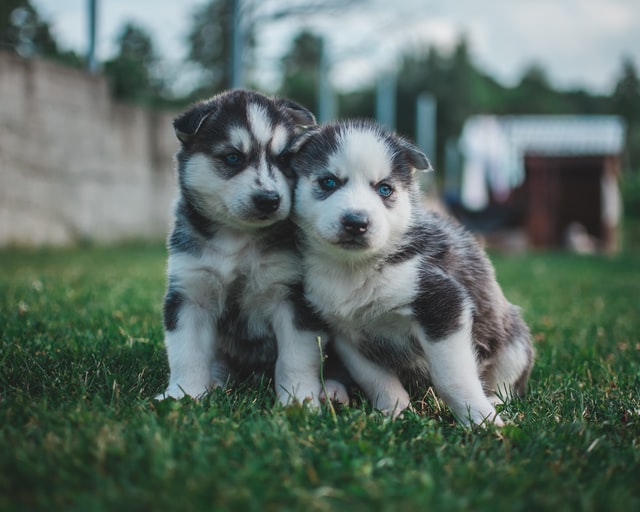 Since Huskies love humans they also love their kids. As we mentioned before then can get along easily even with the strangers—Huskies love kids.

Huskies possess high intelligence and they are very curious dogs by nature. They always wish to figure out things themselves. They even follow instant curiosity so much that sometimes they get lost forever. So if you have Husky, keep your eyes open.

A Husky owner should prove a good trainer by exposing him to society in early years. Once you socialize him with the people and other pets he will be able to ward off negativity in the later years.

Pure breeds of dogs get exposed to several health conditions. Even a pure Husky can develop an eye, bone, gastrointestinal or lung issues.

#27 Regular diet for a Husky

Huskies need at least 2 cups of dry food every day twice a day. To keep them in fine shape good quality food is necessary. Do not feed them just anything, find out which food is suitable for Huskies first. They don’t need much food to survive as they can survive extreme conditions of the Arctic still feeding them is recommended.

#28 Miniature version of a Husky

For those who want to have a small size Husky to manage the training easily and consider it a big factor, they should think again. Their size would not change their personality.

#29 Siberian Husky or the Arctic Husky

#30 Huskies and the old Arctic tribes

Beside hunting and transporting materials in the extreme cold, Arctic Huskies were also used to babysit small children of the tribes. When these Eskimos used to leave for different reasons, some of the Huskies were always left behind to look after the tribe kids.

#31 The many names of Huskies

There are many other names used for the Huskies such as Chukcha, Chuksha and Icee are the some of few names these Huskies are referred to by different tribes of the Arctic.

#32 Introduction of Huskies in the United States 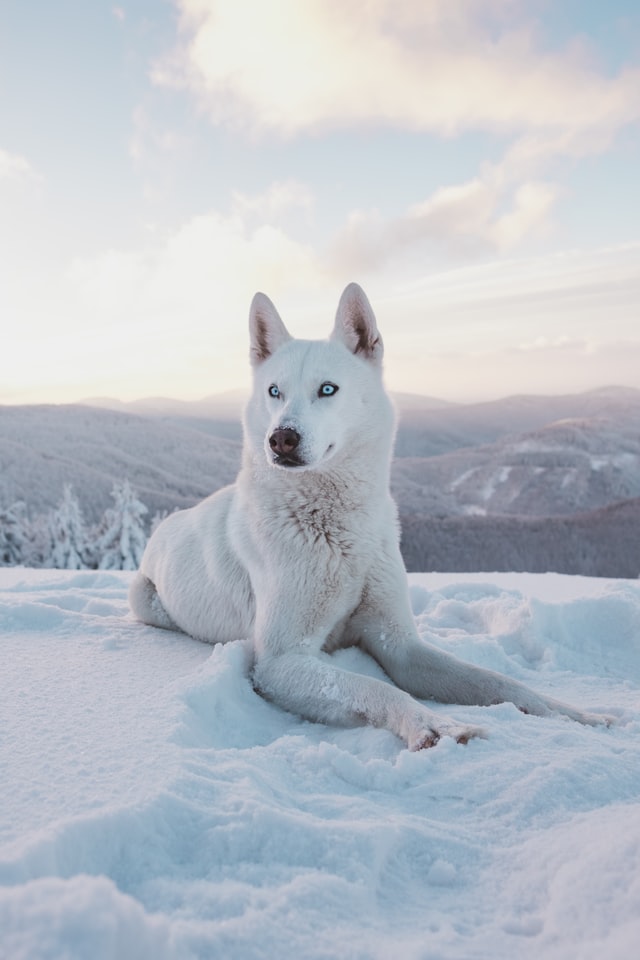 The Huskies were brought to America by William Goosak in 1908 for the first time ever to contend for All Alaska Sweepstakes ‘a sled race of 408 miles.’ The team was placed third despite being a small size.  Even some believe that the sledding team of Goosak was bribed to place the team third. Otherwise many bets might have broken.

#33 Huskies and their sense of smell

As like other dogs Huskies have a strong sense of smell. They used to be solely hunting dogs so their senses will surprise you. They can easily pick the scent left weeks ago and can successfully lead the trail. You will find their sense of discovery through picking scent amusing.

#34 A Husky and Project Iceworm 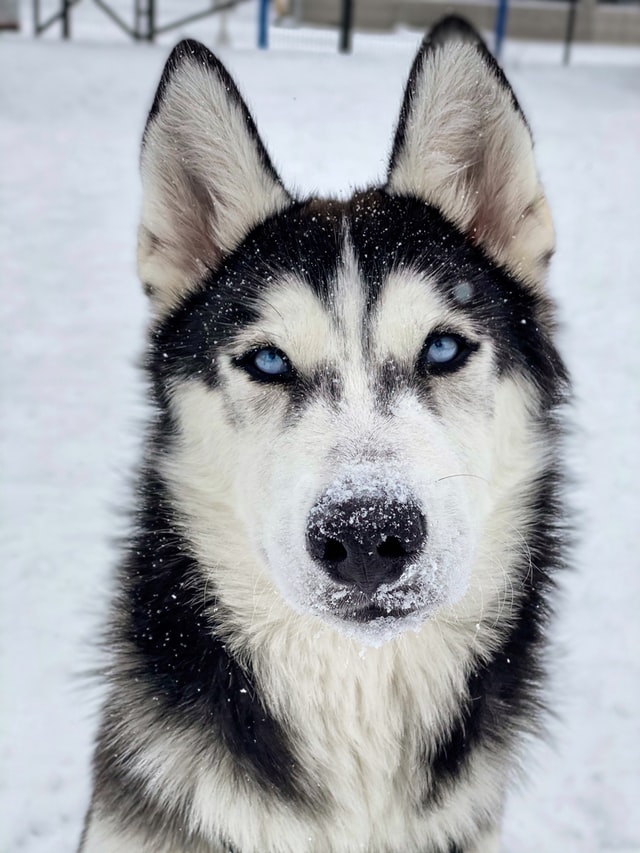 The US Army, in 1960 initiated a project “Camp Century” underground defense and space research program in the Arctic. It was part of the Project Iceworm which housed 150 crew members. And Mukluk was the face of the project–a Siberian Husky.

You should clean the teeth of your Husky twice a week at least. It will remove tartar and bacteria from their teeth. It will also prevent their gums and teeth from disease.

#36 Cutting nails of a Husky

Cutting your Husky’s nails too short can cause excessive bleeding as their nails have blood vessels in them and cutting them too deep can actually spook your pet. 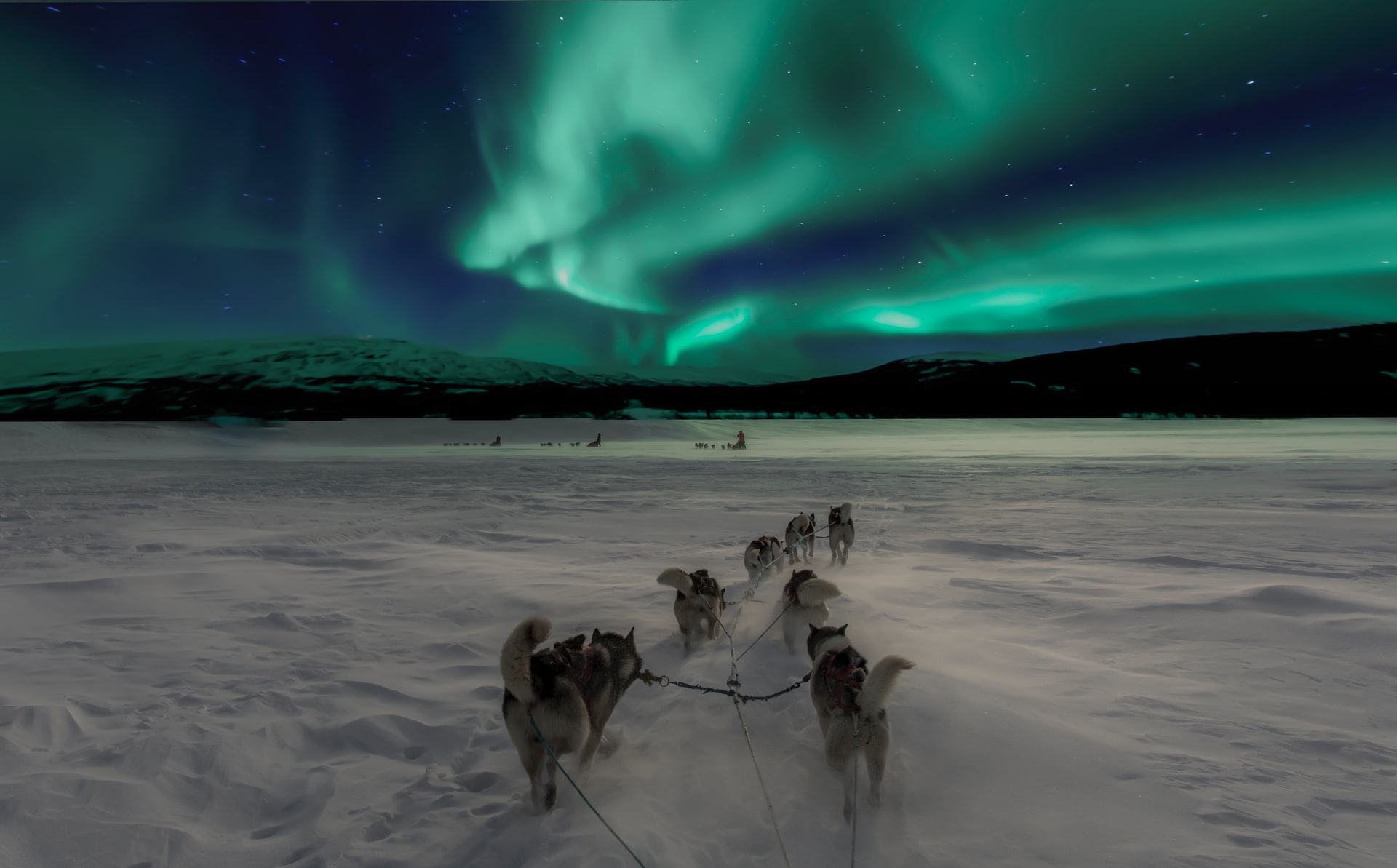 The dogsled drivers are called Mushers. The name became a household name after the Serum Run of 1925.

This metaphor “Three Dog Night” is actually related to Huskies. It’s a Chukchi saying which means the night is very cold and you’d need three dogs in bed for warmth or three Huskies for warmth.

Siberian Huskies could have brown, blue or black eyes; particoloration or heterochromia. They could have dual colored eyes as well.

Huskies are a super active breed; they don’t have unnecessary fatal organs like humans. 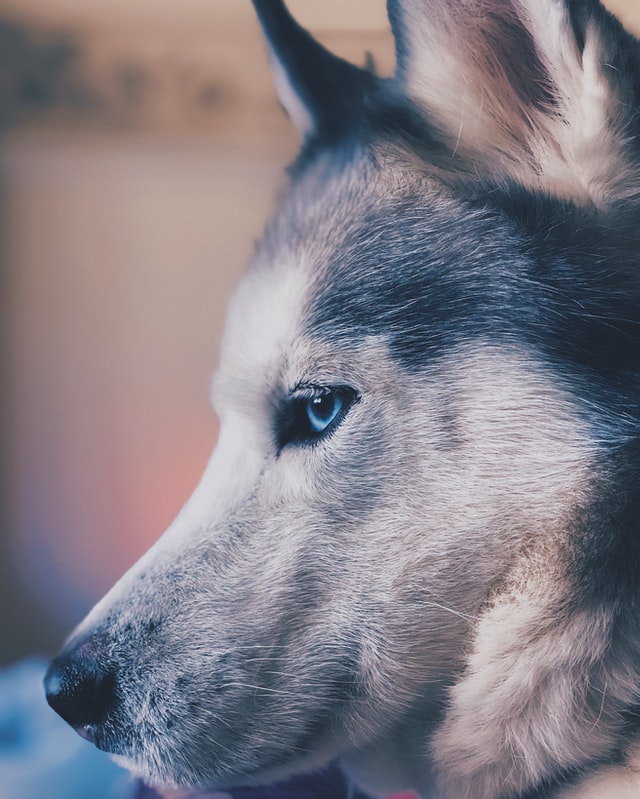 A female husky can bear pups twice a year.

You can get Hybrid Huskies or Wolfdog by cross breeding them with wolves. 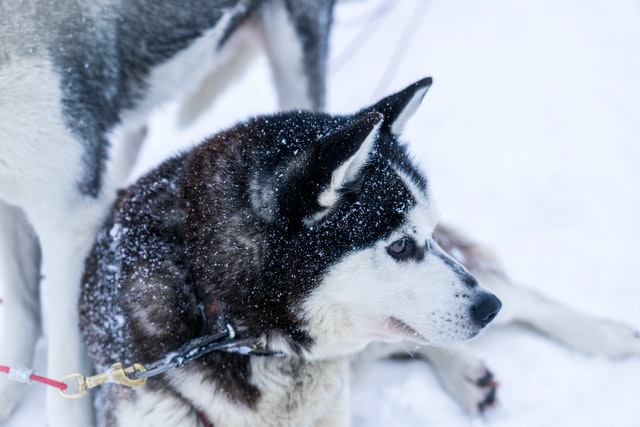 Many universities of great repute have Huskies as mascots including Northeastern University, Houston Baptist University and the University of Washington

#46 The strong taste buds of Huskies

Huskies have very strong taste buds even four times stronger than cats. Their sense of taste is far heightened and strong.